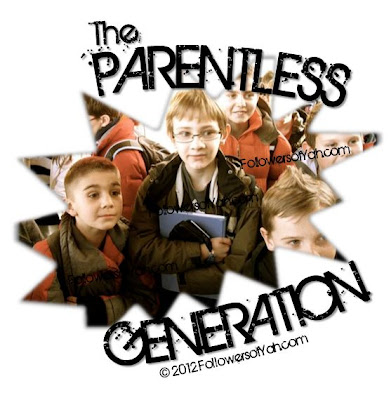 “Give me just one generation of youth and I’ll transform the whole world!”-Vladimir Lenin
I speak a truth; this generation is living in a time like no other through history! Vast amounts of people have been conditioned and brainwashed. We are now seeing the fruition of a degenerated society. This generation has been taken captive by big brother. Schools have become jails; parents have now lost practically all parental rights. Sadly, the children want to rule the parents.

It is unthinkable. A young girl can go to her local doctor and get birth control without the parents’ permission. Where is the outrage? Not only have these children been erected higher than the parents but some have gone so far as to more or less tell the Creator, “you made me the wrong sex!’ Yes, we are seeing a major rise in gender crisis.
We are even seeing more and more children being arrested. Some for real law issues but there has been even a rise in innocent children being arrested! One arrest involved a twelve year old girl. She had to appear in court. She was charged with a criminal misdemeanor. Not because she did some horrible crime but because the teacher didn’t like the smell of her perfume.
http://www.guardian.co.uk/world/2012/jan/09/texas-police-schools
The article further mentions how The state of Texas alone, has issued hundreds of thousands of tickets to children as young as six years old. Even the local Police are  getting involved in fetching unpaid library books from little children. Such as the case with a five year old in Charlton, Massachusetts:
http://boston.cbslocal.com/2012/01/02/charlton-library-sends-police-to-collect-overdue-books-from-5-year-old/
Like mentioned previously schools have become jails. Who’d ever think that children as young as six year of age would be hand cuffed and kept in police custody! We seem to be seeing more and more of this occurring across our country. On April 13, one girl had a temper tantrum in class and instead of being put on time-out the school chose to call the police! The parents didn’t know what was going on until the child was held in custody for one hour. Salecia Johnson now at the age of six has an arrest record. Her mother has stated that her child is now terrified to go back to school!
Little Salecia is not the only victim of a zero-tolerance policy adopted nationwide. Since when does a school have the right to take children, without the parents signing a waiver to the local jail-house? Seems they have that authority now! Many parents at the Sunnyside Elementary were shocked to learn their kinder garden didn’t go the library as they signed forms stating such, instead their child ended up at Hillside Police Station. The children were shown guns, ankle bracelet monitors and even went into a jail cell.
http://news.yahoo.com/blogs/sideshow/6-old-locked-jail-cell-part-school-field-205808798.html
This fear mongering of being used as reached precedent levels. This is almost unbelievable that these schools are doing this to children of all ages. Recently, a Virginia teacher was arrested for firing blanks at students.
http://news.yahoo.com/blogs/sideshow/virginia-teacher-arrested-allegedly-firing-blanks-students-164758793.html
Fear is greatly used in successful brainwashing. Anther method used is to infiltrate their minds. Many young minds have become tainted with accepting the homosexual lifestyle If you think matters can’t get much worse, well they have! Soon public schools will be teaching Gender Free education:
http://chalcedon.edu/research/articles/gender-free-children-the-newest-fad-in-public-education/
The purpose is to brainwash these children that ‘they can be what they want to be!’For instance girls can be boys and boys can be girls!
Again the parents are rapidly losing their rights. Yet a few years ago, quite a few people embraced the idealism that “It takes a village to raise a child!” The secret elite adopted this saying from African tribes. As first Lady, Hillary Clinton actually wrote a book about this subject:
http://www.amazon.com/Takes-Village-Tenth-Anniversary/dp/1416540644/ref=sr_1_1?ie=UTF8&s=books&qid=1251045617&sr=8-1
Are the American parents now happy? The village police along with Satanism are now raising their children within the Public Schools. Where is the outrage? Their agenda is working!
Let us not forget it only takes one generation. That generation has been birthed Beloved ones! To see what many parents are up against please watch this movie:
http://www.overruledmovie.com/
Matters seem to be going from worst to worst. Where Harry Potter left off, “Hunger Games” has now taken over. The largest school publisher of books, Scholastics, Inc is fully behind this occult book series. The Illuminati is training, brainwashing and conditioning young minds of satanic rituals.
http://www.henrymakow.com/hunger_games.html
I have left to ponder truly when Yahushua returns will there be any faith left?