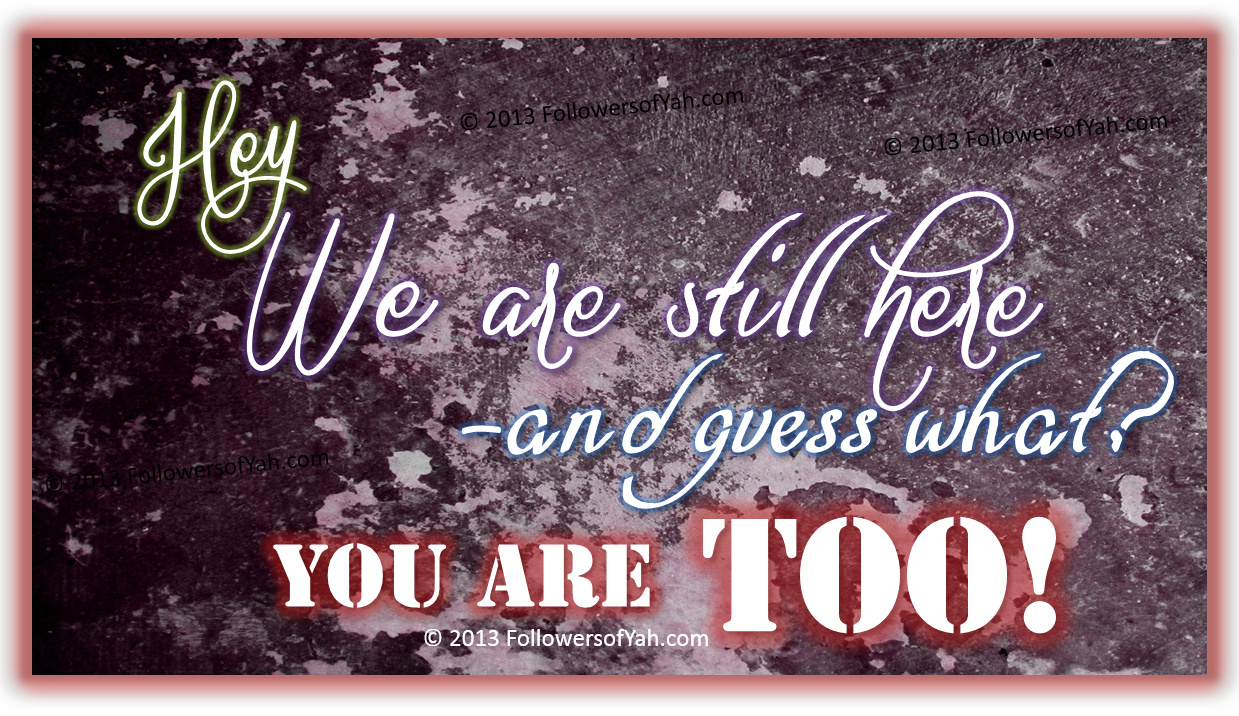 There was so much hype over the world coming to an end that the mayor Jean-Pierre Delord in the French Pyrenees, declared his 178 person town closed. Many tourist were flocking to the tiny village as they believed that town was safe during the doomsday, end of the world, Mayan calendar ending. 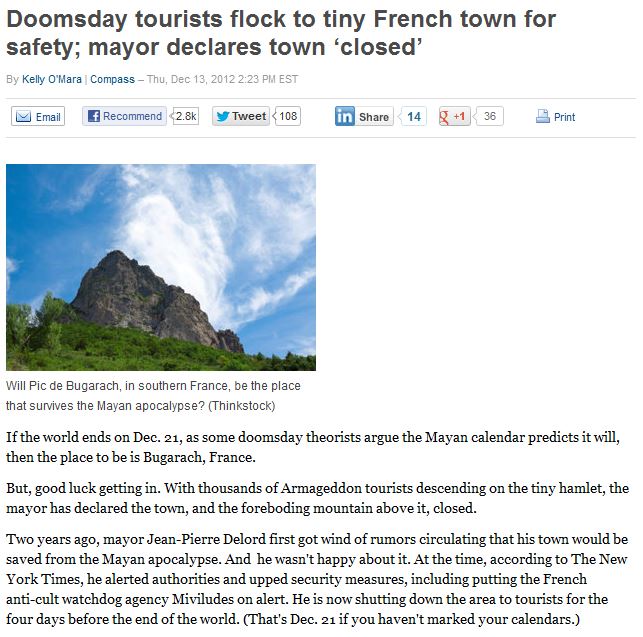 These people believed that aliens would come out of the Burarach Mountains and rapture (see, our book, “In-depth Look into the Rapture”) them all to safety saving them from the end of the world.

In Michigan, officials decided to close 33 schools because of the fear of what people might do because they truly believed the world was coming to an end: 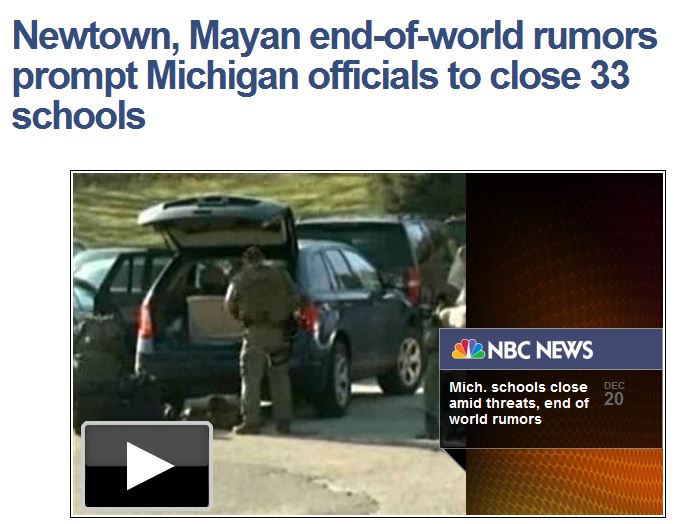 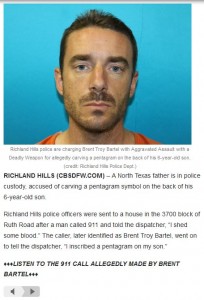 You can’t really blame the mayor or the officials for shutting down, as the fear of the end of the

world brings out the worst in people. Just ask one six year old boy from Texas. The poor child suffered terribly because his dad decided to carve a pentagram on his back.

When asked why he did it the man responded, “It’s a holy day.” (12-21-12) the man also took some of the boy’s blood and smeared it on the door frame. (read more) Brothers and sisters, truly we are living in evil days.

Over the last few years I’ve been amazed at the great volume of people, especially called out ones that have gotten caught up in the hysteria over the world coming to an end in 2012! December 21, 2012 came and left just like any other day. The called out ones, which banked on the Mayan’s calendar predicting the end of the world have thus been proven wrong. Let each of us be mindful that whoever puts their trust in man over Yahuwah will be proven wrong time and time again.

I cannot count the numerous emails trying to explain to those who believed in this bogus hype nor how many times I was asked, “How do you know?”

My reply has always been the same. It’s not like I was given this information by a dream or even by a vision (which would have been just as great) but by simply reading the WORD of Yahuwah. That’s right; I read it in HIS word one day.  The best part is, this vital information is right there for each of us to understand. Now that is something we all can rejoice over. HIS blue print for mankind has always been right at our fingertips, known as the Scriptures! These love letters are indeed much more than some basic information before leaving earth (BIBLE) but are the key in revealing HIS plan for humanity!

Yet despite all this, way too many called out ones have gotten themselves pulled into a wicked web of man’s manipulating of time and fear. This ought not to be. In light of this information, we here at the F.O.Y. ministry are indeed sadden and concerned over all this. Sadden because some are not hearing the message found within many of the F.O.Y. material such as “The Imposter” and “The Planned Armageddon”. We are extremely concerned as way too many called out ones are being deceived. 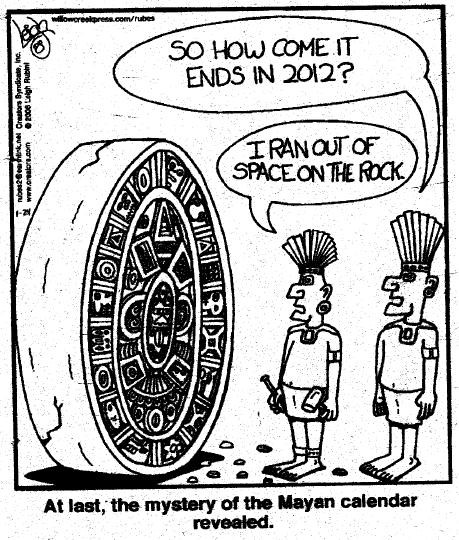 Brothers and Sisters, I beseech you, satan wants and is going to get it’s fifteen minutes of fame! No Mayan calendar, no Planet X, Nibiru or some other comet is going to take that away from this being. I repeat, there are matters that have to take place before the end comes. Need we all be reminded that Yahushua warned us that there would be significant event that would appear to be the end but in reality the end is not yet? 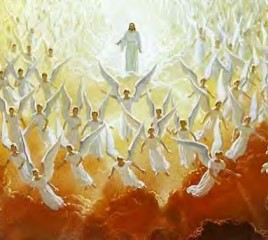 All Scriptures that pertain to the second coming of Yahushua, the Son of Perdition (The Imposter) is going to manipulate to deceive the world into believing that it is the long awaited Mashiach! This is the “Strong Delusion” that we have been warned to take heed to.

Do not be mesmerized at the grand arrival of the Imposter.  The world will be deceived into believing what they see, yet we are not of the world. Those that are eagerly waiting in great anticipation, I might add, for the Imposter to show up are indeed getting matters ready to capture this great illusion so that the prophecy may come to pass, “Every eye shall see!”

To further elaborate on this, TBN along with Daystar are really gearing up for this.They have even purchased one of the nearby buildings for the big event. Cameras have been set in place to over look the Mount of Olives. Both are set up for live stream T.V. to capture the most anticipated event in all human history, the return of Jesus Christ! 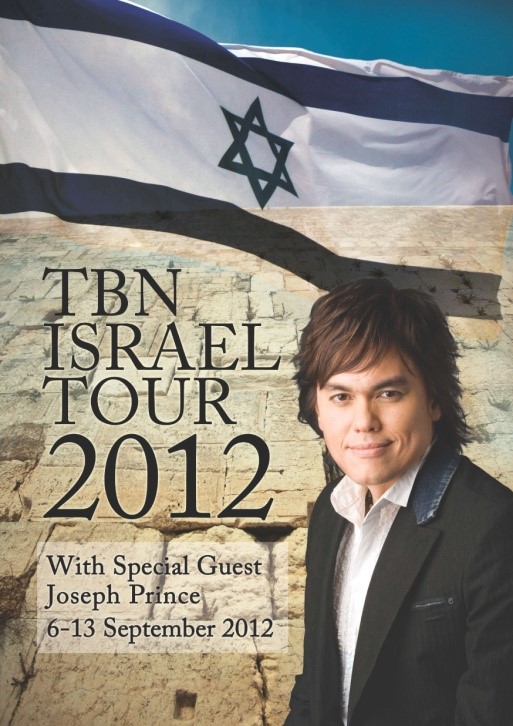 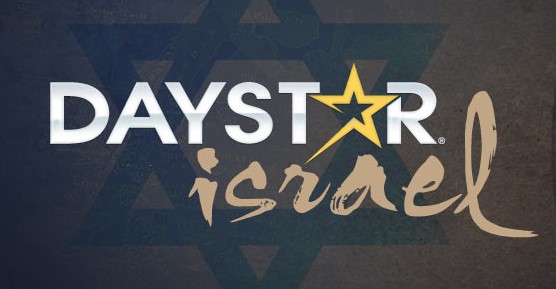 Sadly, they like the entire world will fall for this hoax! Scriptures refer to this as the Strong Delusion and it will be GREAT! Yahushua fore warned us about this and we here at the F.O.Y. ministry have worked endlessly blowing the Shofar while warning everyone we can! 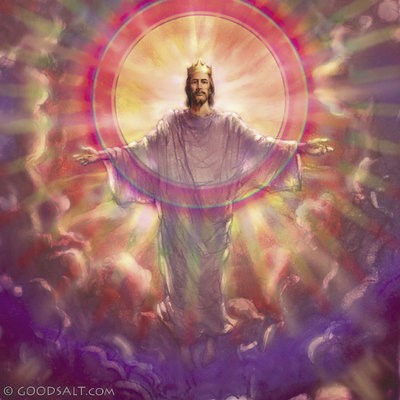 Now ponder beloved ones, why would the state of Israel allow two of Christian’s biggest media groups to do such a thing? Before you answer, remember Christian proselytizing is not encouraged and at times have been restricted. The reason is because the entire world along with the three major world religions will gladly embrace the Imposter! 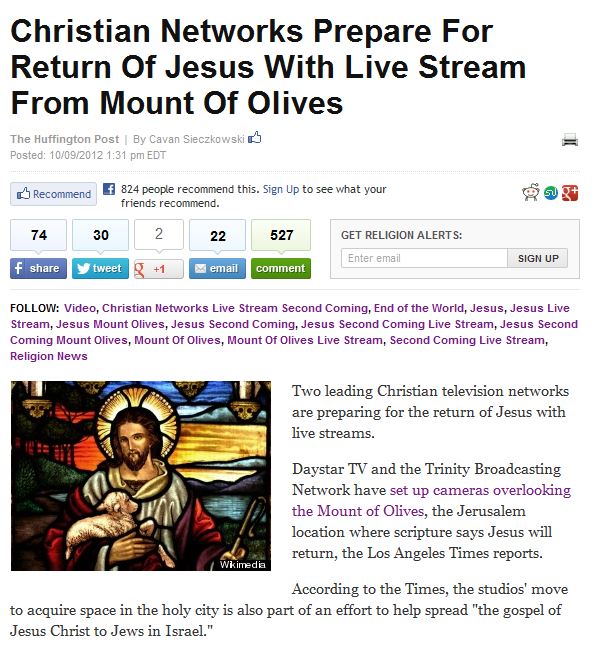 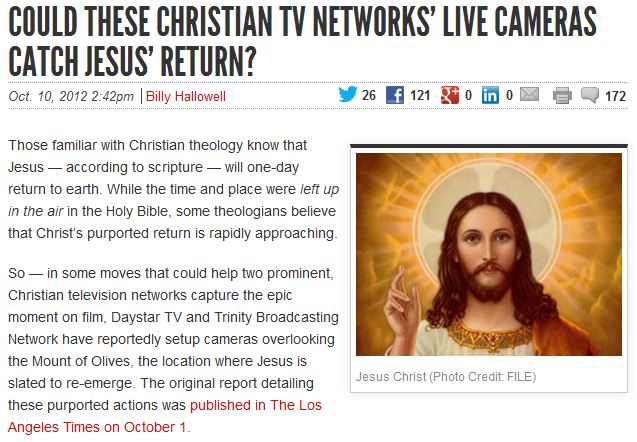 Clearly, satan will manipulate the second coming of Yahushua! We can rejoice in knowing that Yahuwah has indeed revealed these truths to us so that we may know in advance. That way when the Strong Delusion is upon the world we will not be deceived!

Notice the twelve sixes that we have outlined.

Clearly as we can see the world is getting ready for the coming Imposter. We will continue to witness global practice runs for the big day. We will continue to see more days like 12-12-12 when hundreds of thousands of people from all over the world came together to pray to Hey Zeus.  People were calling this “Season of New Birth” Need I remind everyone that those in the occult hold special meaning to certain calendar days. I beseech you; do not get caught in this web. These people 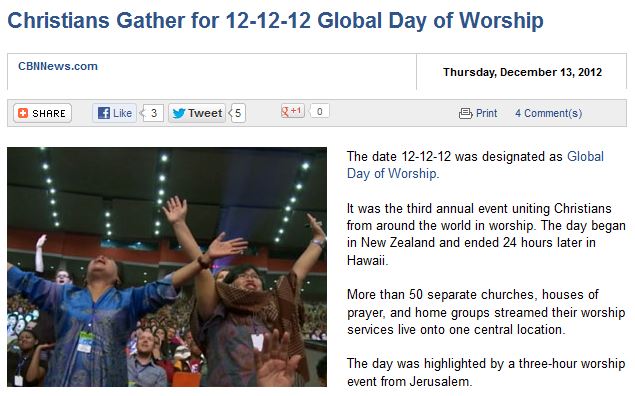 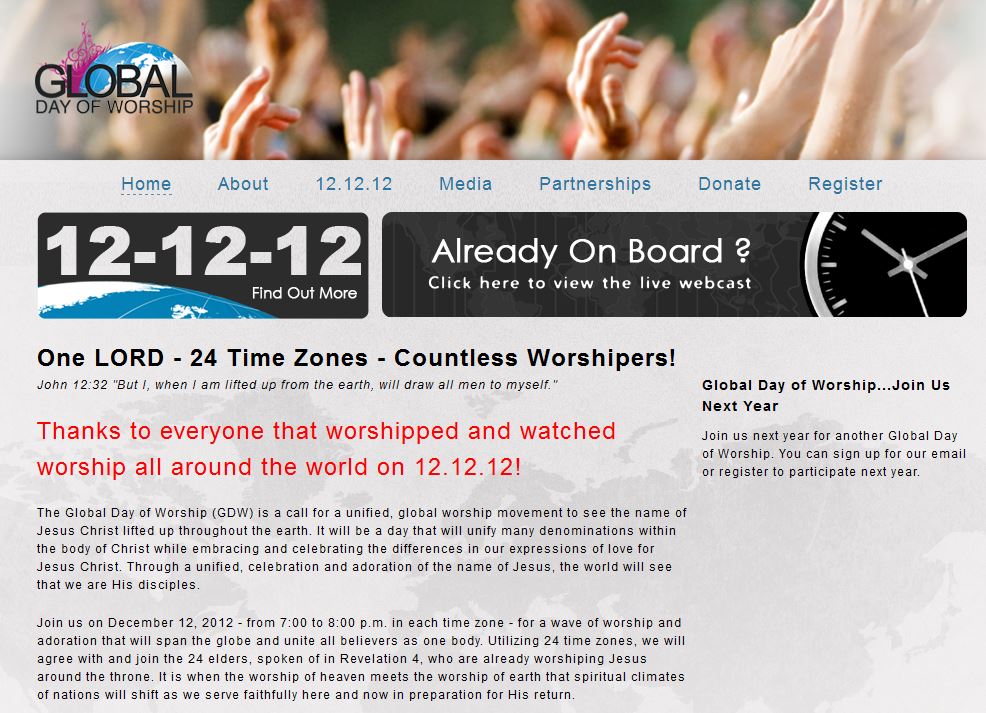 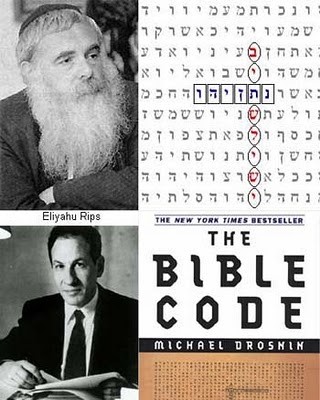 Any and all types of numerology, such as the Bible Codes, are all contrary to the Scriptures: 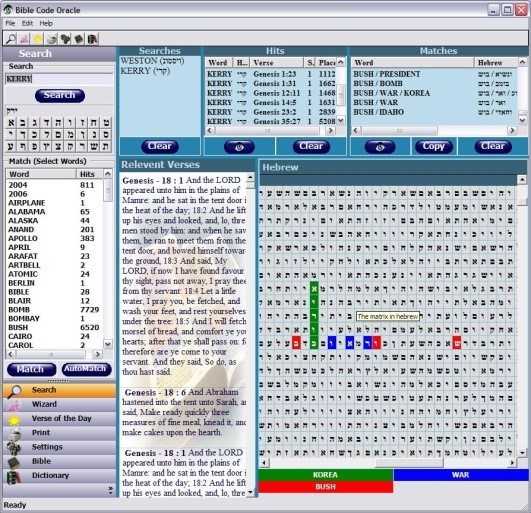 The Global Day of Worship was even broadcast from Jerusalem this year.

“For the Master Yahuwah does no matter unless He reveals His secret to His servants the prophets.”–Amos 3:7 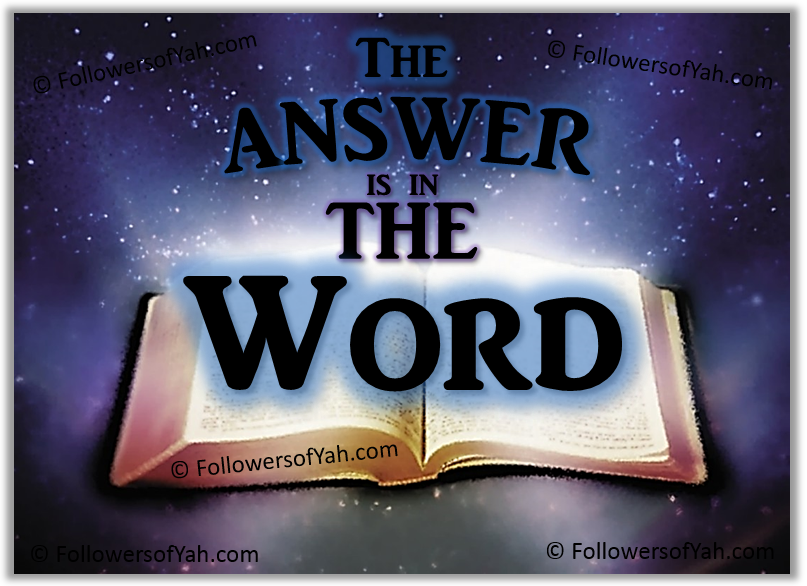 One thought on “HEY, we are still here & Guess What? You are TOO!”