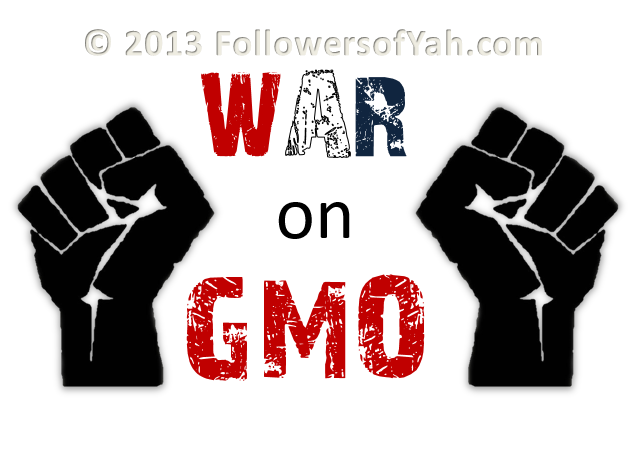 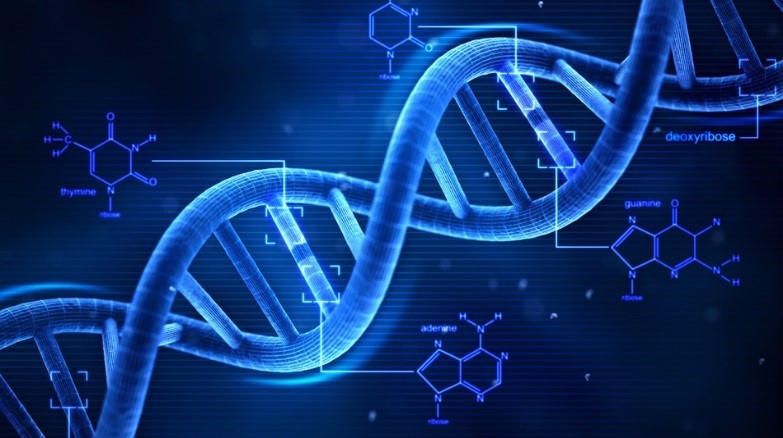 The war on GMO (genetic modified organism) continues. Seems the Frankenstein scientist are escalating their efforts in destroying mankind from within. They continue to slice and dice the blueprint of plant, animal and human DNA. Yahuwah created each living thing in precise detail.  Clearly, DNA is the blueprint for every living organism. Once this continuous chain of living organisms is interrupted including just the slightest disturbance with any type of alteration whatsoever there can be devastating consequences forever! Generations ago, the Creator, Yahuwah destroyed life with a great flood for the tampering of the genetics of living things along with the corruption of morality! The time is coming and will soon be here when He will have had enough of these Frankenstein scientist tampering with the DNA of all living things. It is imperative to fully comprehend that once a defective GMO gene has been released it cannot be recalled! The damage is done with no turning back or undoing the change.

Yet despite knowing full well the consequences of such modifications and the havoc that has been birthed from these Frankenstein creations, these demonic wannabe gods, continue to charter into the unknown. In their resent attempt to destroy and literally change the human DNA they have now come up with a few more disturbing so called food that is not fit for human consumption! The coming attacks will be full of propaganda targeting the health conscience, vegetarians along with the various humane societies.

If these mad scientists have it ‘their way’ they are going to created something that seems appealing to the eyes, marketed as being tasty and good, yet in reality this cooked up poison is going to literally change human DNA forever! Staying away from the Mickey D’s (McDonald’s) and other fast food junkie places is a start but you have got to go further by checking and reading all labels! GMO whole grain this and whole grain that was literally killing me. Millions of others are also slowly getting sicker by eating food that is not met for human consumption.

These Frankenstein scientist are in the process of creating a new healthier wheat and thus will try to promote this as a health food as outlined within the following article:

“From the OGTR website, it appears that these GM wheat varieties contain sections of DNA or genes from wheat, rice and some micro-organisms such as cauliflower mosaic virus, Escherichia coli and Agrobacterium tumefaciens. Moreover, it appears that the introduced DNA contains a promoter sequence from wheat and a reversed sequence from wheat, making it a chimera of sequences based on wheat. All these sequences combine to make a section of DNA in each GM wheat variety that has not been seen in nature before.” Expert Scientific Opinion on CSIRO GM Wheat Varieties 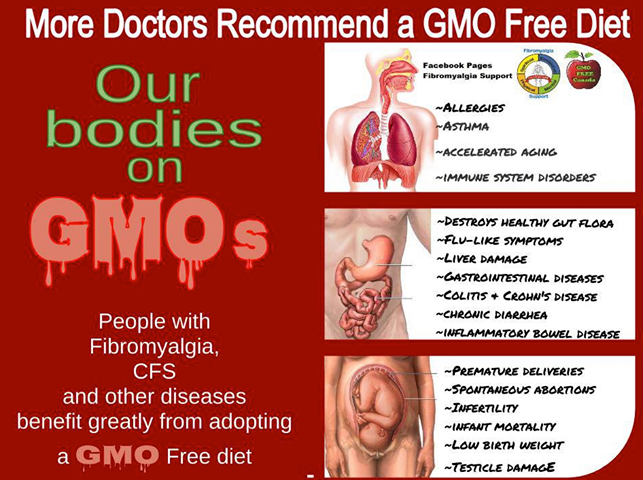 Sounds yummy huh? Actually the article continues that in a nut shell what this genetic modified wheat can do is silence certain genes. This silencer will thus have a result in a slower release of glucose with an improved glycemic index and since some will survive through digestion the result will be a change within the large intestine! Not only is this quite dangerous but it can be downright deadly:

“The first important factor in assessing the risk of this wheat to human health is to consider whether the dsRNA produced by the wheat plant can survive digestion in the organism that eats it. Having survived digestion, the next factor to consider is whether the dsRNA can then enter the tissues of the organism and affect the expression of its genes. There is scientific evidence that this chain of events can indeed occur with dsRNA and the evidence for this is given in Prof Jack Heinemann’s report and also in his book (J Heinemann, 2009). In fact, employees from the world’s largest GM company, Monsanto, have written at least one paper about how to commercially exploit the fact that dsRNA survives digestion in insects, in their attempts to try to control insect pests of plants. That is, the plant is genetically engineered to produce a dsRNA, which insects ingest when they eat the plant; the dsRNA survives digestion in the insect and then silences genes in the insect to stunt its growth and kill it (Baum et al, 2007).” Expert Scientific Opinion on CSIRO GM Wheat Varieties 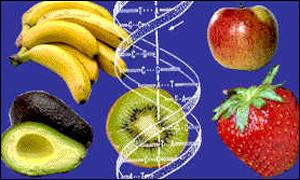 These crazy scientist have really gone the extra mile to try to manipulate the order of things created by Yahuwah. The report further states that there is indeed a great risk from the dsRNA GM wheat. It can literally enter into the tissues of those who consume the GM wheat and thus silence their genes! Once these genes have been silence this can thus be passed down to the next generation. Now that is shocking. But it gets worse beloved ones:

“Consequently, it is clear that there is an obvious risk to animals and people who eat these GM wheat varieties. That is, there is evidence that dsRNA from GM plants may survive digestion to enter the tissues of the body, where it may silence a gene in the host. Furthermore, there is evidence of a specific gene that may be silenced in the host – a similar gene to the one that is silenced on purpose in the GM wheat variety. There is also evidence that if this gene was silenced in animals and people, it could cause serious ill-health and even death. As this dsRNA does not appear in nature, there is no appropriate way to dismiss this scenario through reference to any non-GM food or by using assumption-based reasoning.” Expert Scientific Opinion on CSIRO GM Wheat Varieties 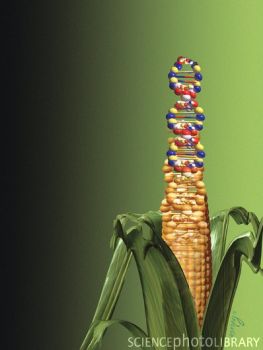 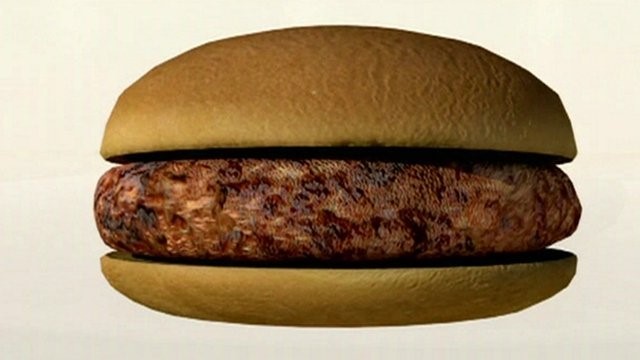 As bad as all that is these Frankenstein scientists are not completely done yet, as they have a full menu lined up to totally disrupt the human DNA.
The world’s first lab-grown burger was recently ate in London! These cloned burgers are surely grapping the attention of vegetarians and humane societies from all over the world. How did they manage to grow a hamburger?

They simply took cells from a cow and by using stem cell engineering the mad scientist were able to create strips of muscle that they then formed to make a patty. One food expert claimed the meat tasted like the real deal. Those who worked on the project agree that the lab-grown meat will never taste as good as that from an animal. Taste doesn’t seem to be an issue since the lab-grown burgers are much more affordable in the long run and is considered ethical in protecting animal welfare. To make the burger more appealing red beet juice was added. 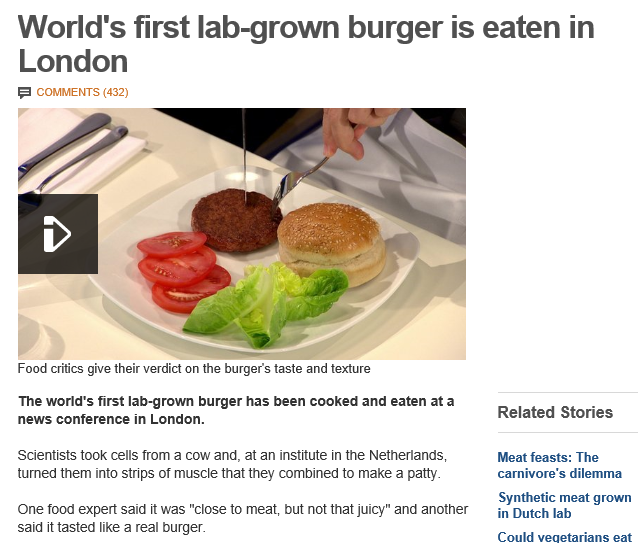 Maybe one can washed down that lab-created hamburger and that new healthy wheat bun with a nice tall glass of transgender goat milk. Yep you heard me right! Transgender goats do actually exist in a research facility located in New Zealand about 15 to be exact. These ‘goys’ (part girl and part boy) have been genetically engineered in hopes of having human protein milk that can be sold in stores for human consumption. The article states that these transgender goats are pretty much like a female stuck in a male’s body with the full anatomy of a male. As outline in the article, “You shall be like Gods” mad scientists continue to go where they ought not to go. The mixing, slicing and dicing of the DNA angered the Creator back during the time of Noah (put the verse here in the book of Jasher you will have to look for previous article I wrote) that He had to destroy both human and beast with the flood. Only Noah was found to be righteous because his DNA had not been mixed. Knowing these things has not stopped the continue onslaught of genetically engineering. 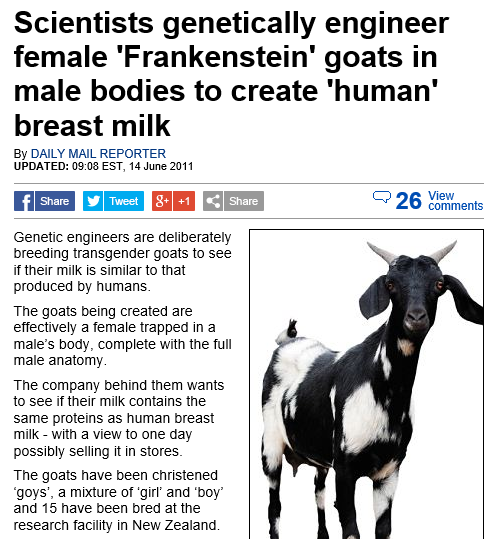 Their persistence in their hidden agenda is indeed paying off. Humanity is thus experiencing all sorts of health issues from eating GMO food. GMO food is harmful to whomever digest it. Clearly, they’ve tinkered with everything imaginable. Not only are these wannabe god’s getting bolder and braver but the entire GMO industry is more corrupt now then twenty years ago. To further expand on this, human proteins are being put directly into vaccines and into the food supply!

In other words once the line has been crossed there is no going back! Sadly the line has indeed been crossed when aborted fetuses started being used in vaccines. Not only is this cannibalism (please see Matters can’t get any worse) but this goes beyond the code of ethics.

Known as diploid cell vaccines these live fetal tissue vaccines must have a continue harvest to be used in immunizations such as rabies, polio, smallpox, hepatitis and chickenpox. These mad scientist are experimenting into putting embryo cells into other vaccines as well. 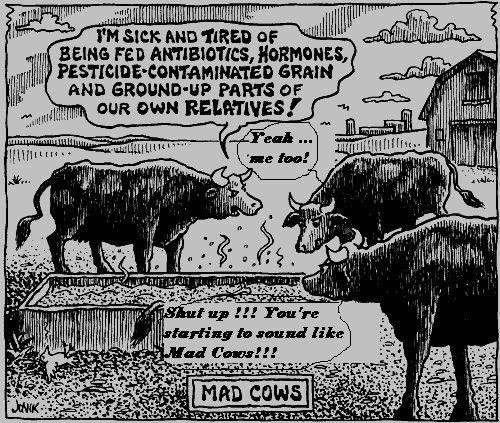 Not only are aborted live fetal tissue being used in vaccines but are also being put into food. These human proteins, as they are called, point blank is cannibalism. Human’s ingesting human proteins hidden in food is science gone terribly wrong! Feeding cow’s their own protein has created a devastating and deadly disease called ‘mad cow’. Feeding human’s human proteins will create something far more badly than ‘mad cow’.

An article on this very subject explains the various ways this is being done: 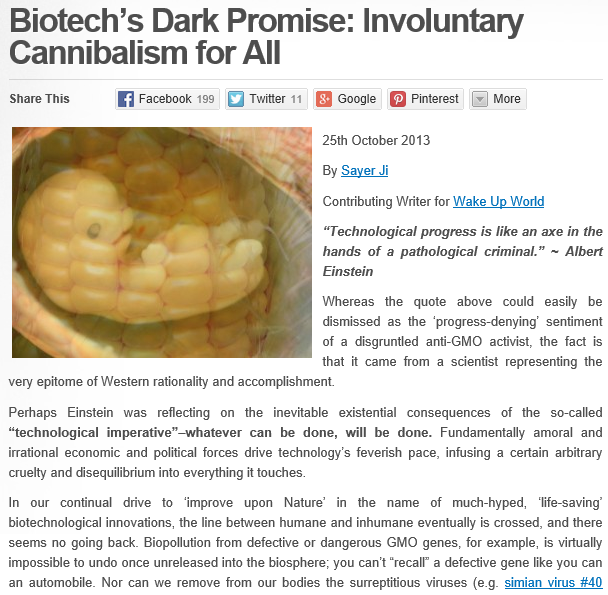 I speak of these matters to warn all called out ones that indeed there is an underlying sinister scheme to change our DNA in an attempt to destroy us from within. Let us never forget that knowledge is powerful. And may we not be destroyed for a lack thereof (find verse about my people are destroyed for lack of knowledge). Comprehending that our bodies, are now the temple of Yahuwah it is extremely important for us to take care of these temples!

7 thoughts on “The War on GMO”