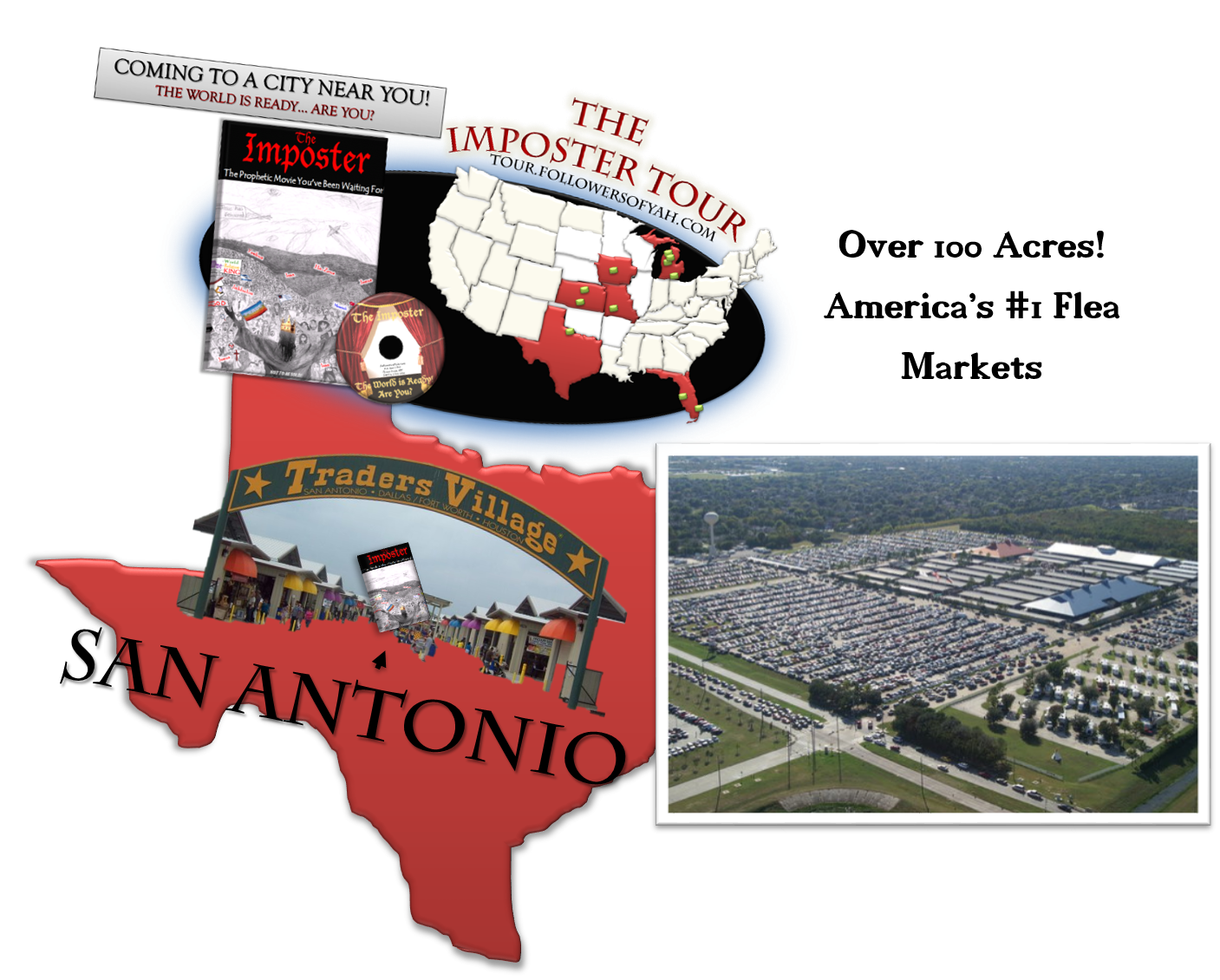 You know we told you Orlando, Florida’s Flea World is America’s Largest Flea Market, but apparently, with over 100 acres, San Antonio, Texas’ Traders Village has been rated America’s #1 Flea Markets.

Traders Village isn’t just one flea market either. This particular flea market has three in the state of Texas. It is a nice flea market. Don’t have to worry about the rain spoiling your parade here. Parade… yep, that’s right. This is more than just a flea market. It’s an amusement park with a train ride around the place too! Karaoke, petting zoo, yard sale, shopping mall, furniture store, pet store, clothing, belts, home décor, jewelry, food, campground and so much more. They may have something going for them here that Orlando’s Flea World doesn’t have. But there is one thing they don’t have going for them though and that is smelly and filthy public restrooms!

Anyways, we had a really good time here at Traders Village. Everyone had their shift sitting at the table giving away DVDs and we gave away lots! Here are a couple pictures: 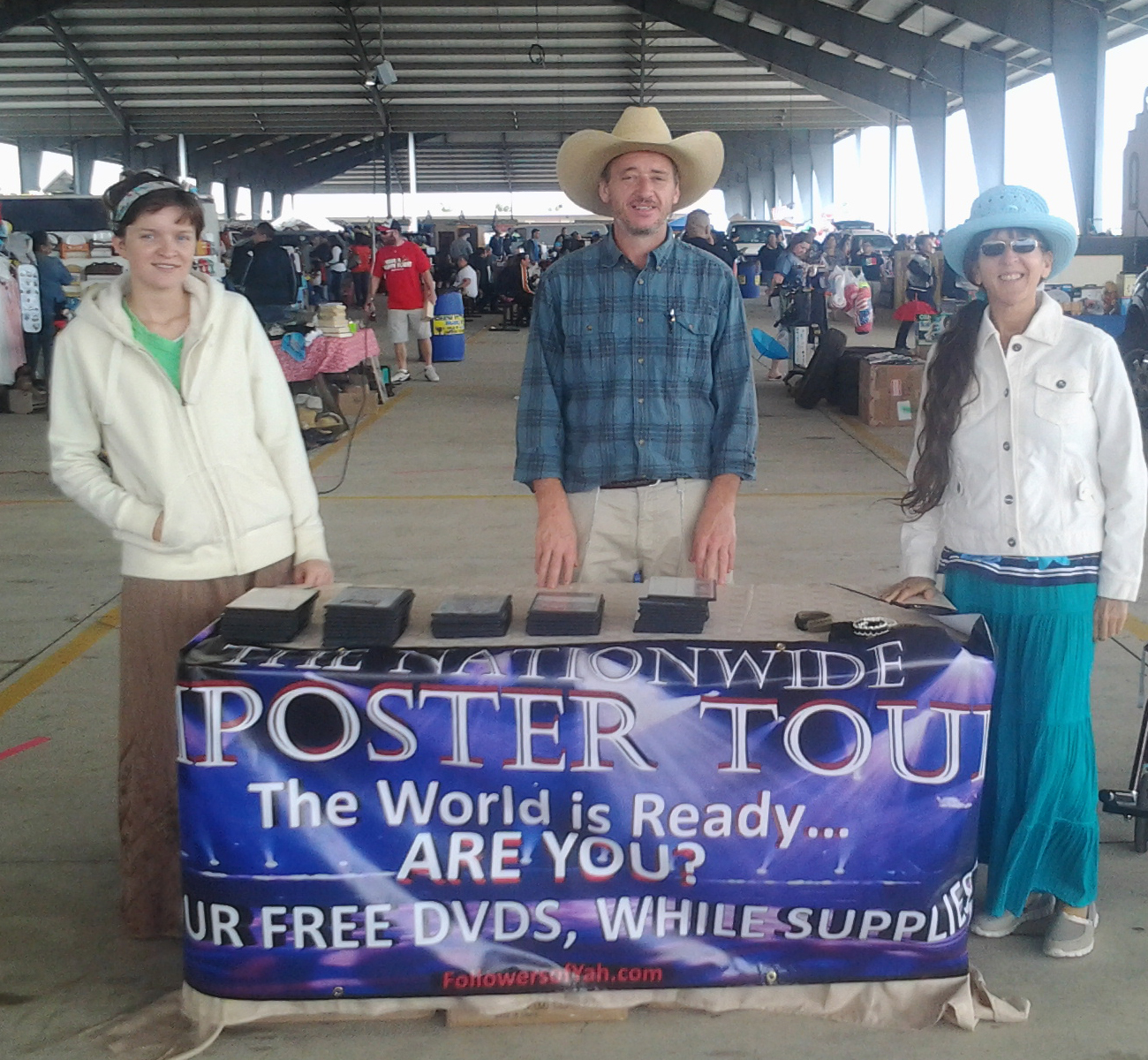 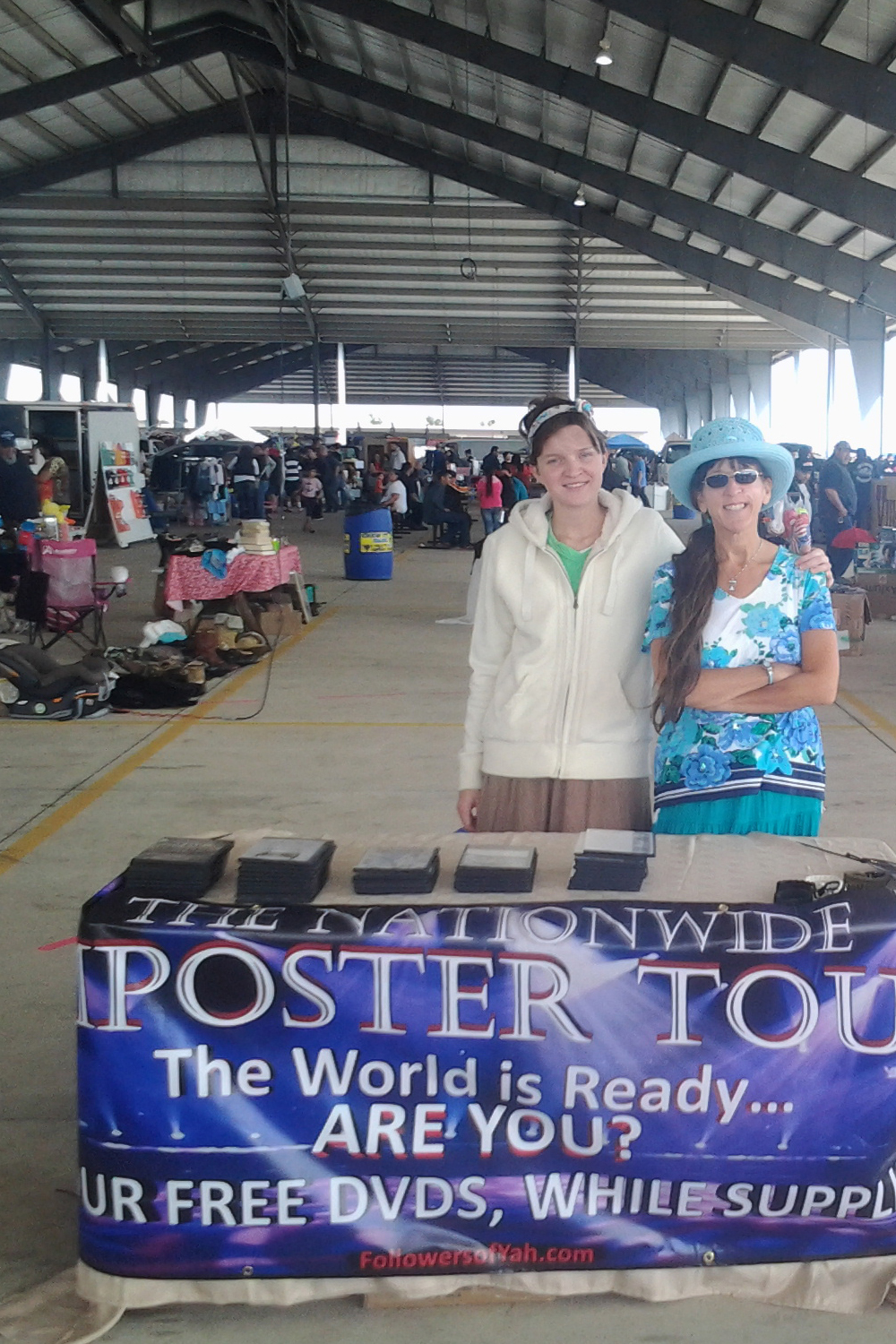 Sister Felicia and Sister Linda, Yahuwah’s two miracle women! As you can see behind them, this is indeed a busy flea market! Here is another photo… 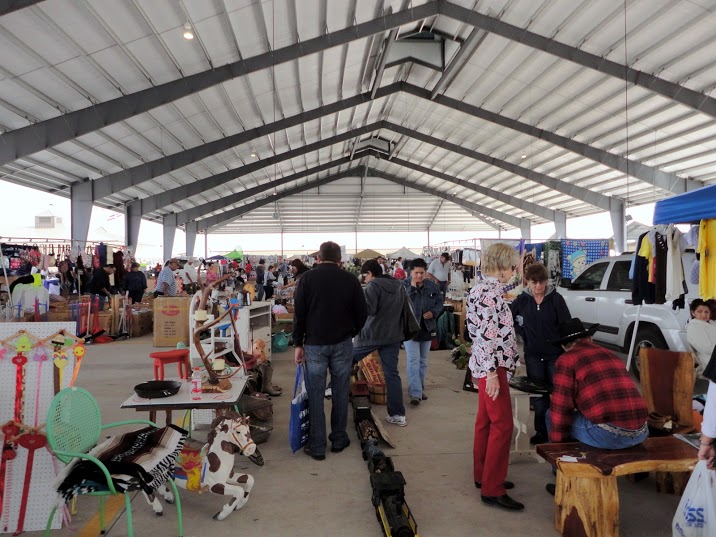 We’ll be leaving San Antonio around the end of February, first of March. I think we have a flea market to go to next week, our last one for San Antonio. Texas. 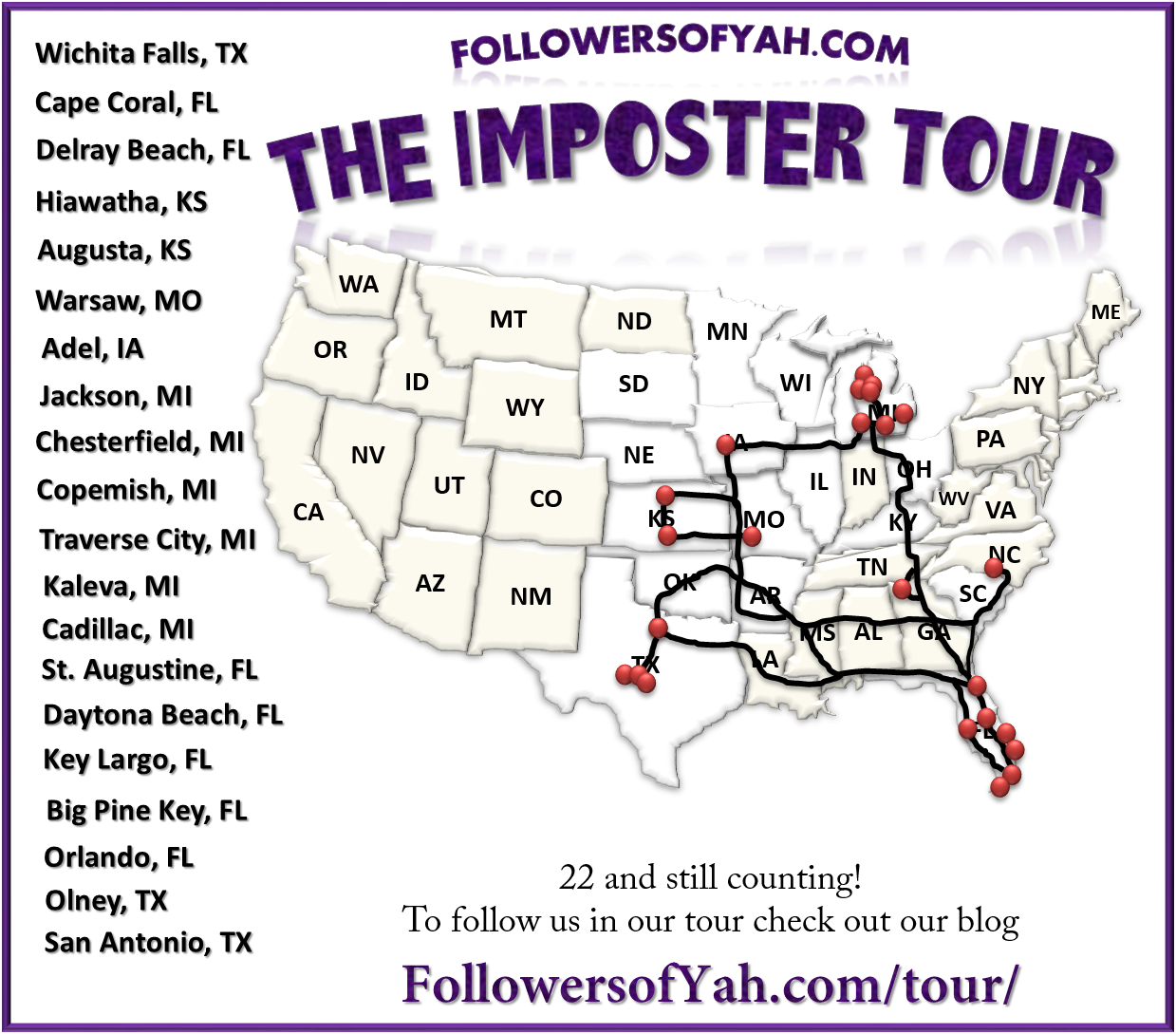 Where are we going next? We are going to be here in Texas until mid March 2014. Our hopes are to head down toward Corpus Christi and over to Houston, Texas. There is a Trader’s Village in Houston. You might just get to see us there. Our last stop for Texas is in Canton. There’s a big flea market there waiting for us! Maybe we can see you while we’re here, hurry, fill out the form below and let us know where you are!
It’s not too late to see ya’ll Texans before we leave! Want us to come see you for fellowship, to visit or show our movies in your congregation, or if you know of a popular flea market in your area?

HURRY and fill out the form below: