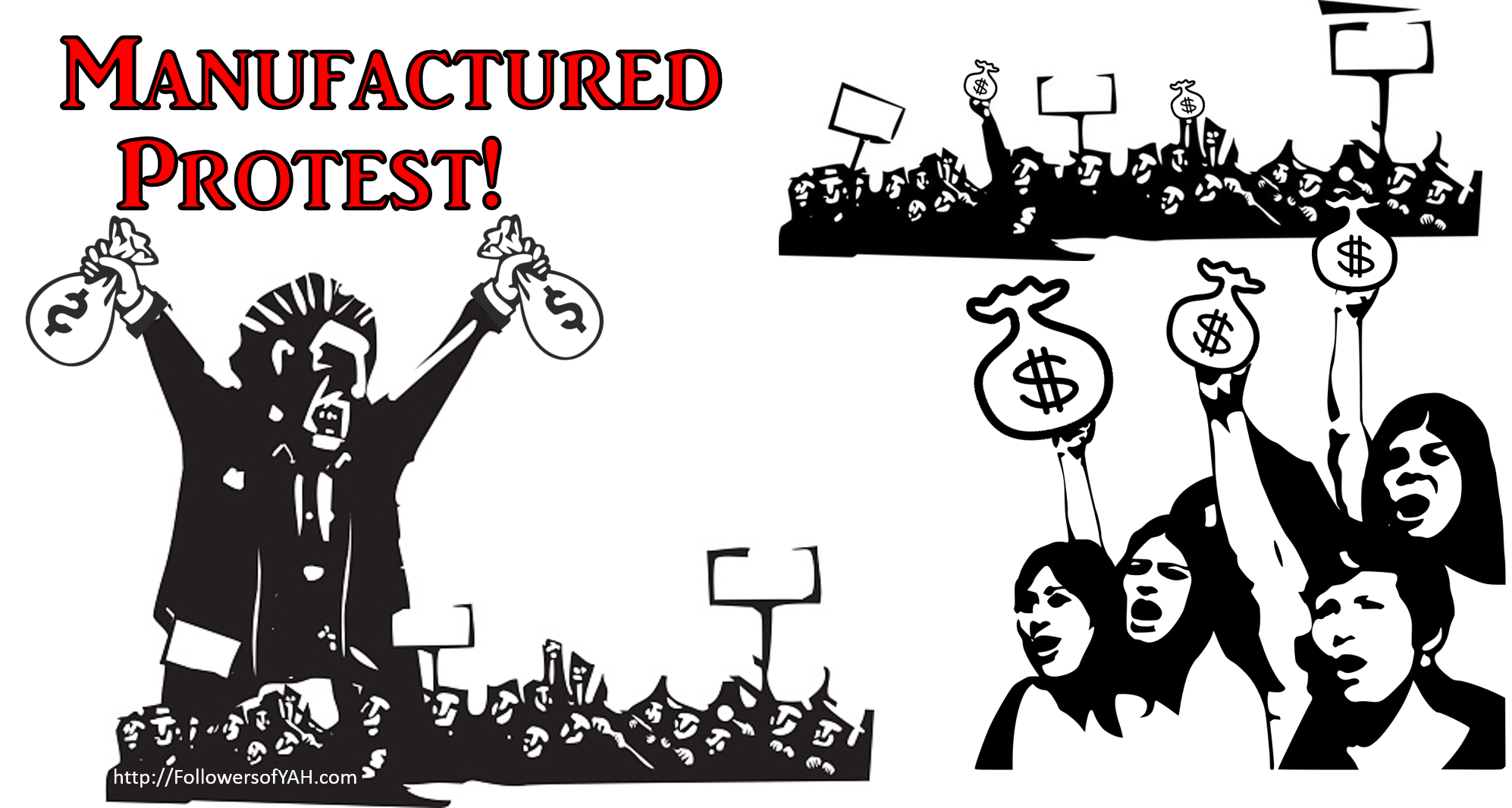 I will never fully comprehend how easily a society can be duped into falling for the organized chaos along with manufactured protests! Tens of thousands of protestors have taken to the streets of America! Not ashamed of loudly voicing their dissent! Multiple planned protest took a violent turn in Denver, Philadelphia, Minnesota, Baltimore, Dallas, Texas, Columbus, Madison, New York City and even in Wisconsin! After three nights of protests, Portland, Oregon had a riot of thousands of people! There was damage to buildings, cars and just downright destructive behavior! Reports states that there were many arrest in Oakland, California with store windows being broken along with assaulting the police officers! These protests occurred up to the Election and then it seems matters took a terrible turn for the worse. Anna Galland, the executive director of MoveOn.org had the following to say: “I expect mass peaceful protests with hundreds of thousands of people, if not millions, around the Inauguration and in other moments.” 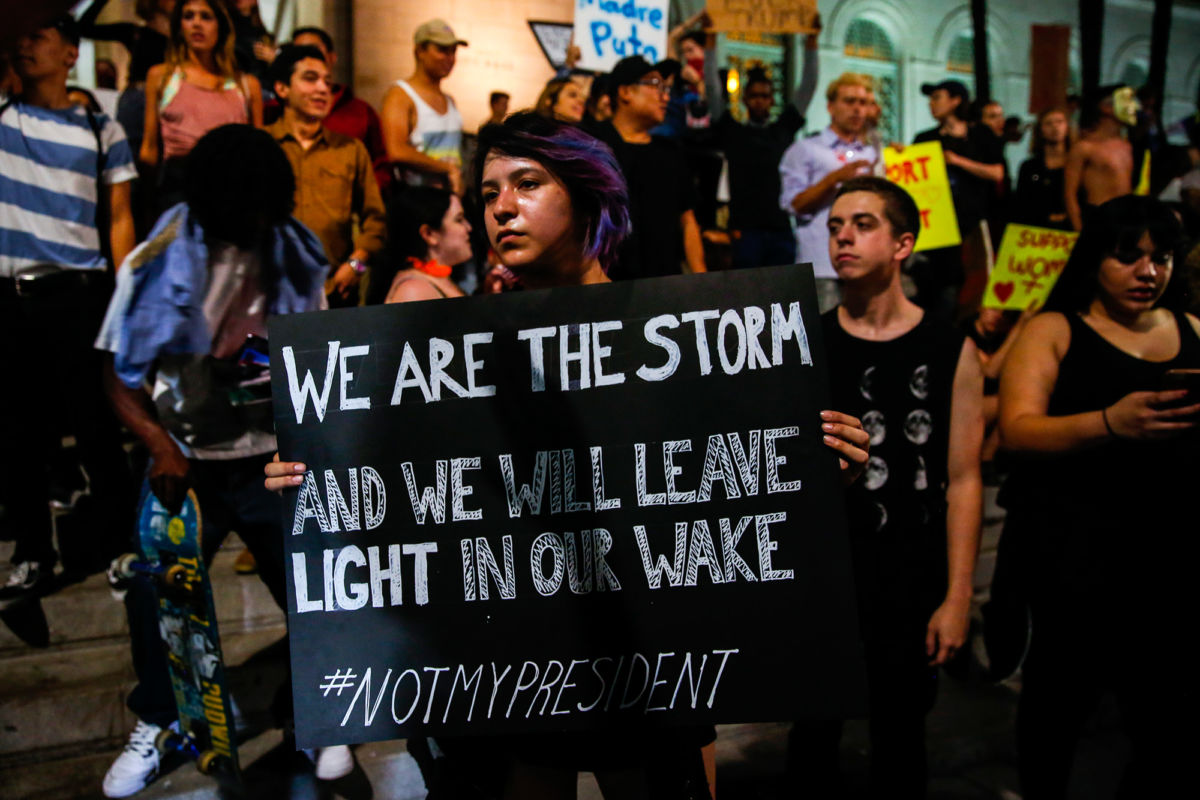 These types of people paint an illusion that they themselves are tolerant and accepting of individuals. However, the outcome of these protest have shown that many of them are harboring deep bitterness, anger and wrath! Just like this man, who posted a message on Twitter, that his, “life goal” was to assassinate President-elect Donald Trump! 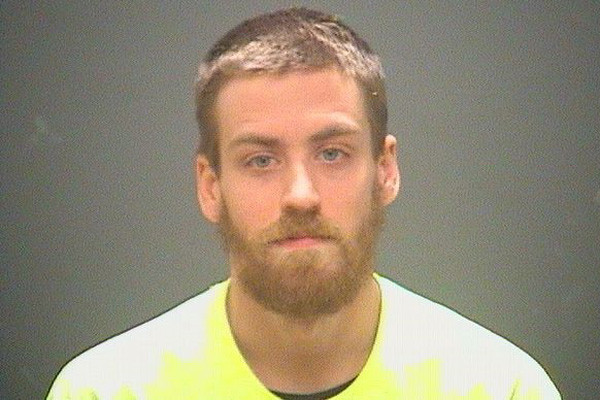 Thousands of people took the streets to protest, ‘Not my President”

Enough riots have occurred that soon, I do believe there will be a major civil war here within the United States. That civil war will thus cause this nation to be under full blown marital law! Truly, we are seeing a generation of sore losers, thanks to not wanting to hurt anyone’s feelings as everyone is right! A bunch of spoiled rotten brats who have not been spanked. A lot of this has to do with the dumbing down of America:

Think I’m wrong? Well just ponder that some colleges gave out play doh and brought in therapy dogs because Trump won the Presidency.

“We’re bringing widespread civil resistance to the streets of Washington DC through protests, direct actions, and even parties, and we want you there with us,” said Legba Carrefour, an organizer with DisruptJ20 who is helping plan anticapitalist marches and other activities. “Join us for a bold mobilization against Trump’s inauguration.”

Even Michael Moore was encouraging mass protesting. He Twittered: “Disrupt the Inauguration. The Majority have spoken – by nearly 2.7 million votes &counting! Silence is not an option.”

“But we can’t afford to despair, and we can’t afford to give up our pursuing of values that we and others have fought so hard to achieve,” Sotomayor continued. “And so, for me, this is a challenge. So I’m going to continue doing what I think is the right thing. That’s the challenge we all have to face.”

There are so many of these articles with various people pushing for protest! What many do not understand is that, quite a few of these protesters are paid workers to help fuel the fire to push the chaos on the people: 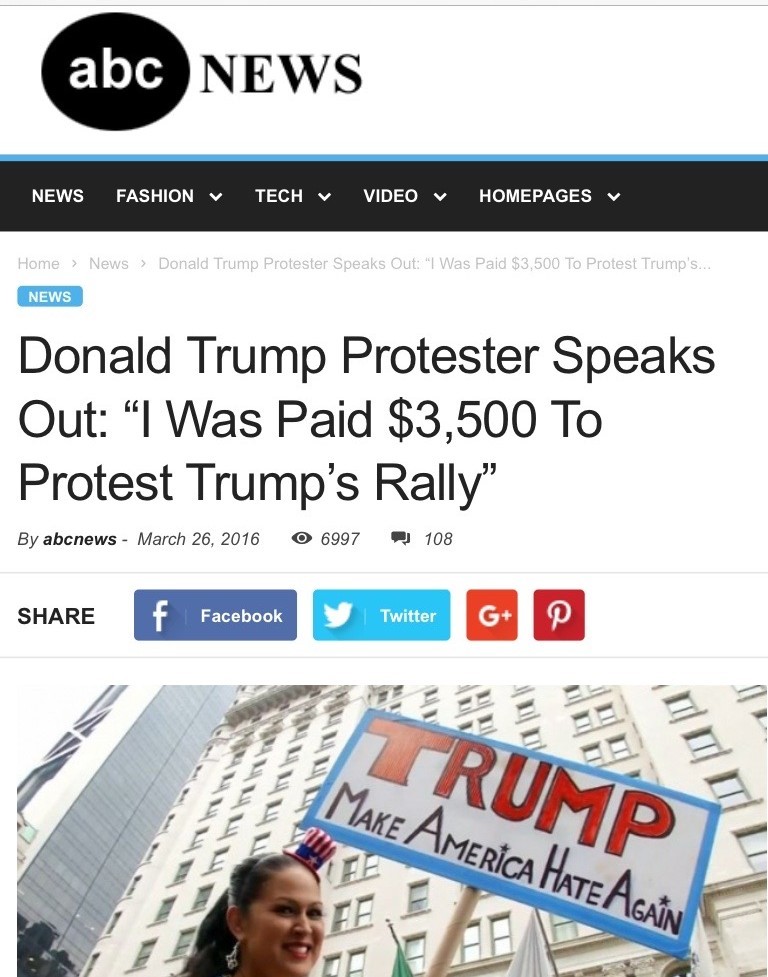 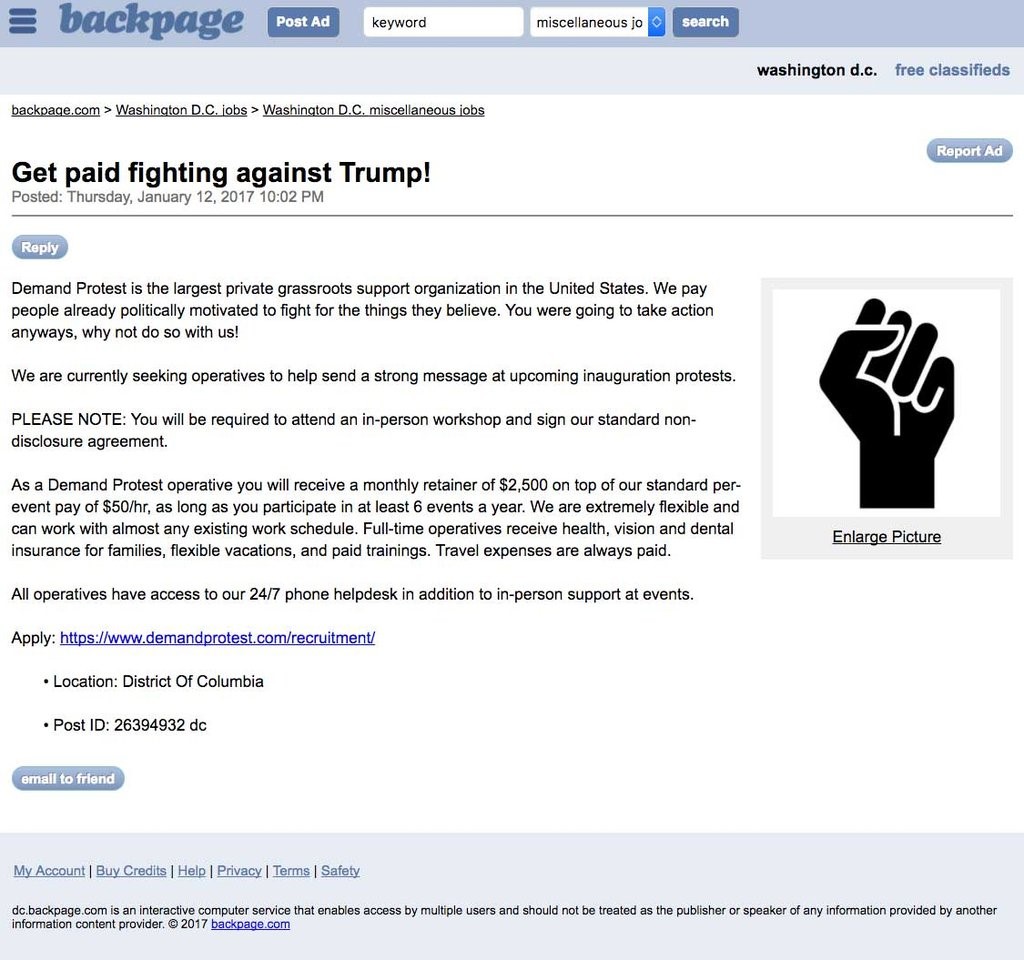 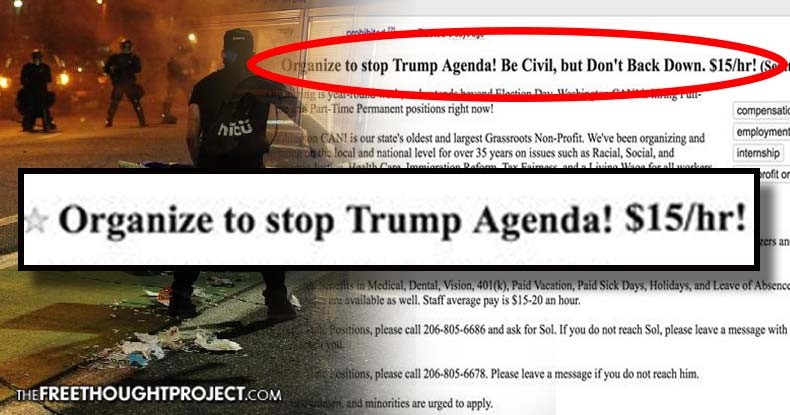 Clearly these protesters, have shown no peace but have been violent, and destructive. They’ve set cars on fire, smashed windows. Tempers are fueling as this nation is full of cold-hearted people because lawlessness runs amok. Just as foretold in the Scriptures:

“And because of the increase in lawlessness, the love of many shall become cold.” -Matthew 24:12

If all that rioting was not enough, the feminism movement decided to have a ‘Equality Women March’.

Literally the day after the inauguration, over two million people, mostly consisting of women, decided to march and protest in Washington, D.C. Quite a few women wore costumes of giant vaginas or pink knitted vagina hats! Woah, talk about a bunch of angry women! 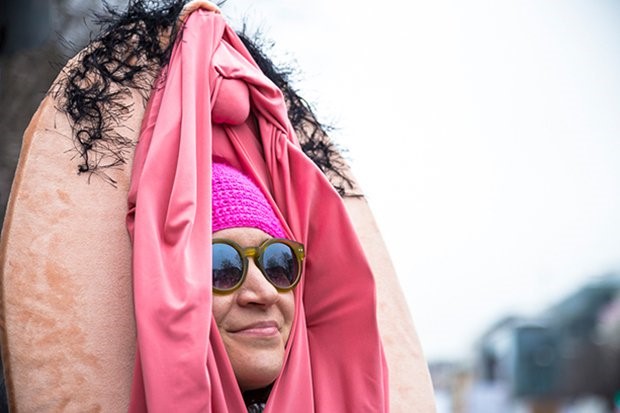 Numerous celebrities showed up to share their two cents worth. Most of these speeches were putting down the election of Donald Trump. Celebrities know that they can made a difference in what they say and do. Their groupies, will follow them and support them. Is it any surprise then, that Madonna (a Kabbalistic witch) announced that she thought about blowing up the white house. She used quite a lot of profanity calling for a revolution? 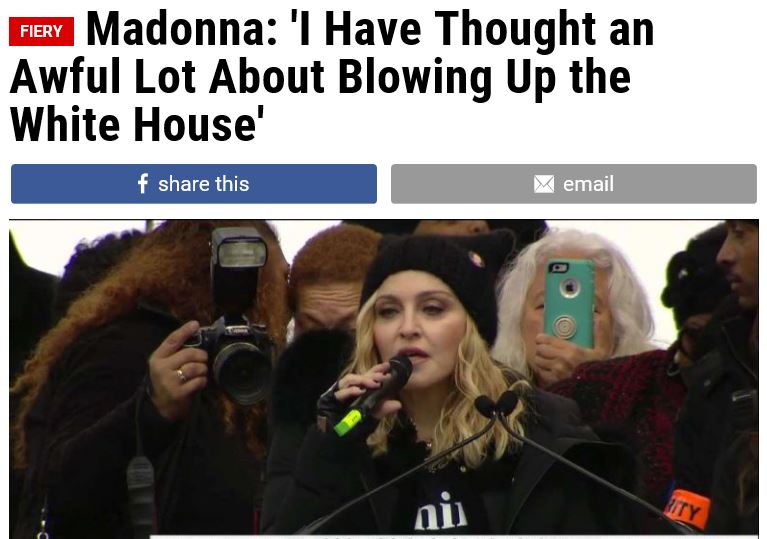 This is all part of the organized chaos! What is surprising, disturbing and embarrassing to all those angry women, who marched is to find out that Linda Sarsour, the organizer of the march is pro Sharia Law! Anyone who knows anything about the Muslims Sharia Law knows, that is the total opposite of women’s rights. 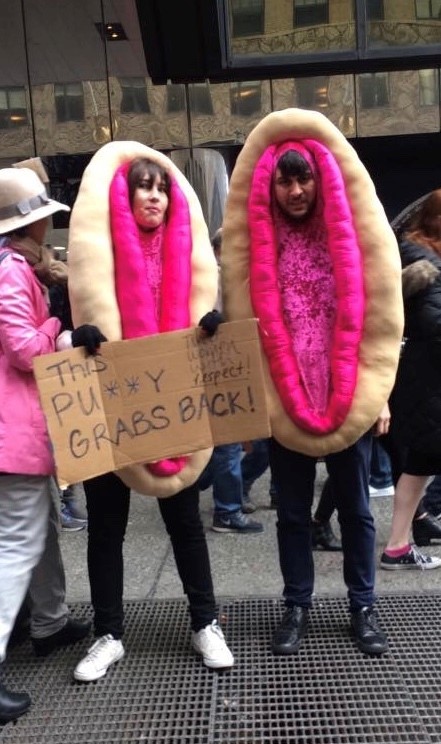 The feminist movement recently decided that March 8th would be a ‘day without a woman!’ The Feminist general strike involved nurses, mothers, grandmothers, caregivers along with wives to take a day off! Millions of women were encourage to sit in their pj’s all day doing nothing!

The FOY ministry has written quite a lot about the entire feminist movement. Some of these women are just downright disgusting. For instance, one woman was arrested for shoving her bloody pad into another person’s mouth due to a disagreement on beliefs!

Quite a lot of feminist are truly trying to gross men out. These women are full of anger, bitterness and act very irrational.

Recently there has been a music video called, “I got that flow” by Skid Box. This is a rap about that time of month when women get their monthly menstrual cycle.  People are thinking this is funny. The Reality is, this is one of the most vile, disgusting videos I have ever seen before in my life! Please be advice that this is quite disturbing:

The period rap that’s going viral. We can’t stop laughing at I’ve Got That Flow.

The feminist over here in this country put down men, however over in Japan they have penis fertility festivals. Please be warned some may find the following disturbing! Some of the pictures and video are very profane. This is real phallus worship! The portable shrine was a 7ft male reproductive genitals.

This is the day in age we are living in folks. Women are full of anger, bitterness and wrath! I’m amazed how far the feminist movement has managed to get so many hating men! I beseech all called out ones NOT to get entangled into any manufactured protest or organized chaos! I am thus reminded that we have been told to:

“Repay no one evil for evil. Respect what is right in the sight of all men. If possible, on your part, be at peace with all men. Beloved, do not revenge yourselves, but give place to the wrath, for it has been written, “Vengeance is Mine, I shall repay,” says Yahuwah. Instead, if your enemy hungers, feed him; if he thirsts, give him a drink, for in so doing you shall heap coals of fire on his head. Do not be overcome by evil, but overcome evil with good.”
-Romans 12:17-19

One thought on “Manufactured protest!”