National Imposter tour hits the streets of, Bay St. Louis Mississippi. We were there at the Sea Horse Parade! Such a beautiful little city right on the water. This parade was to start at 5 P.M. but due to the possibility of rain, they started one hour later at 6 p.m. Seems the closer we get to Fat Tuesday the more wilder and wilder the parade watchers along with the people in the parade become. While we were trying to find a popular spot to set up our spot, we overheard some parade riders to make sure they drink all the jello shots and this was 2 hours prior to the start of the parade. 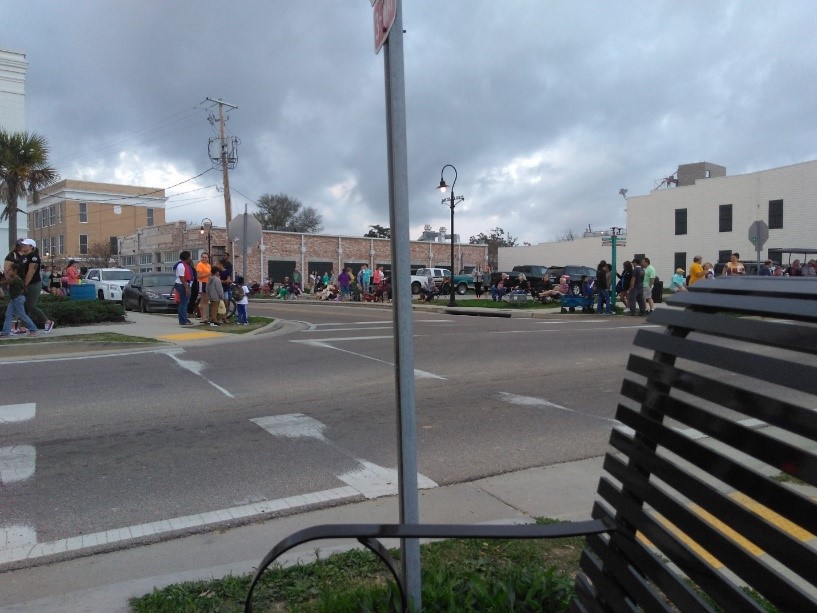 This parade sure was different in that, this was a golf-cart parade! Each golf-cart was decorated with all sorts of themes. Some was the popular super heroes, others were like skulls and bones, Mardi Gras themed, pop cans, shark themed, Spiderman and Batman along with many more! 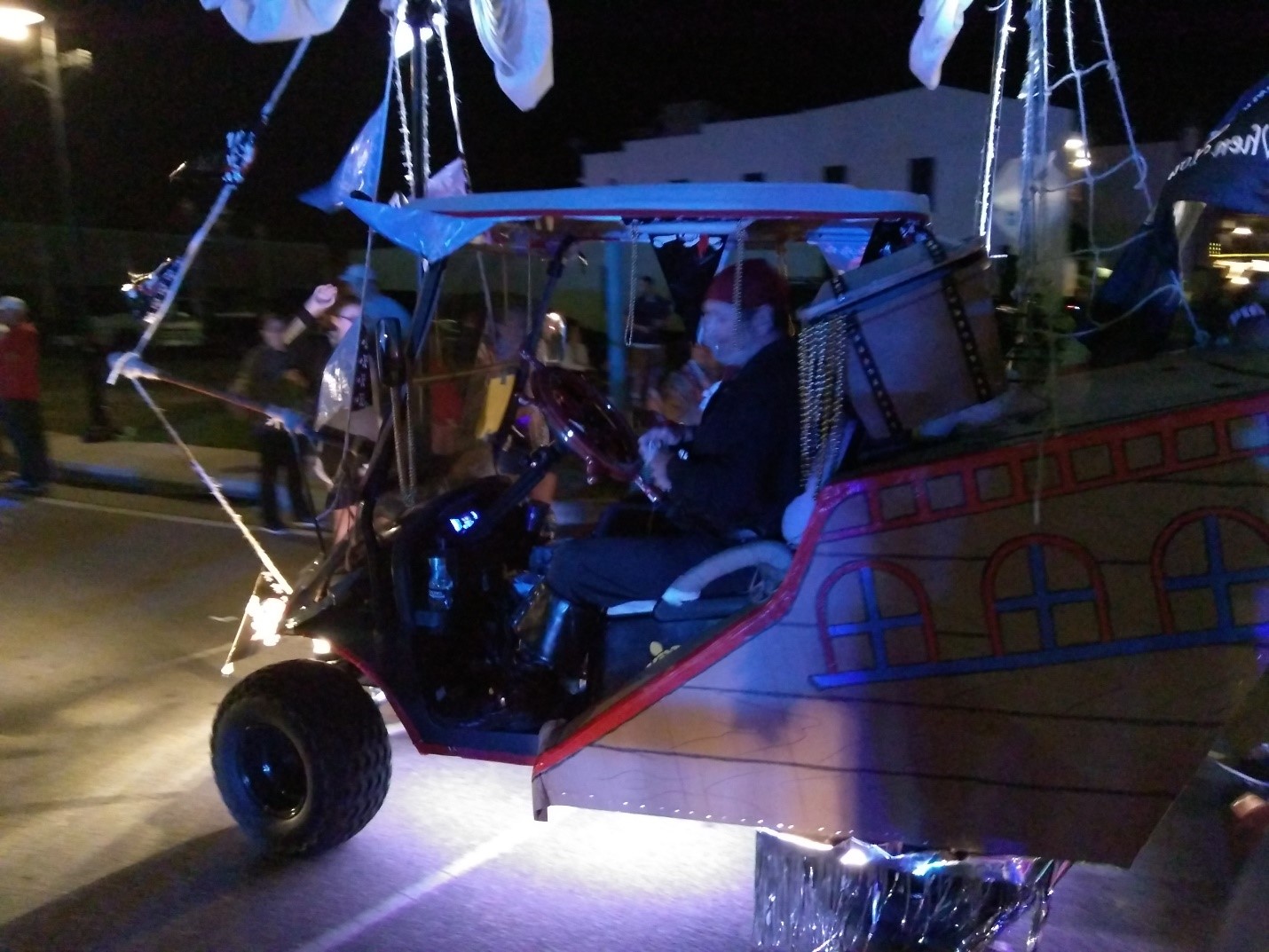 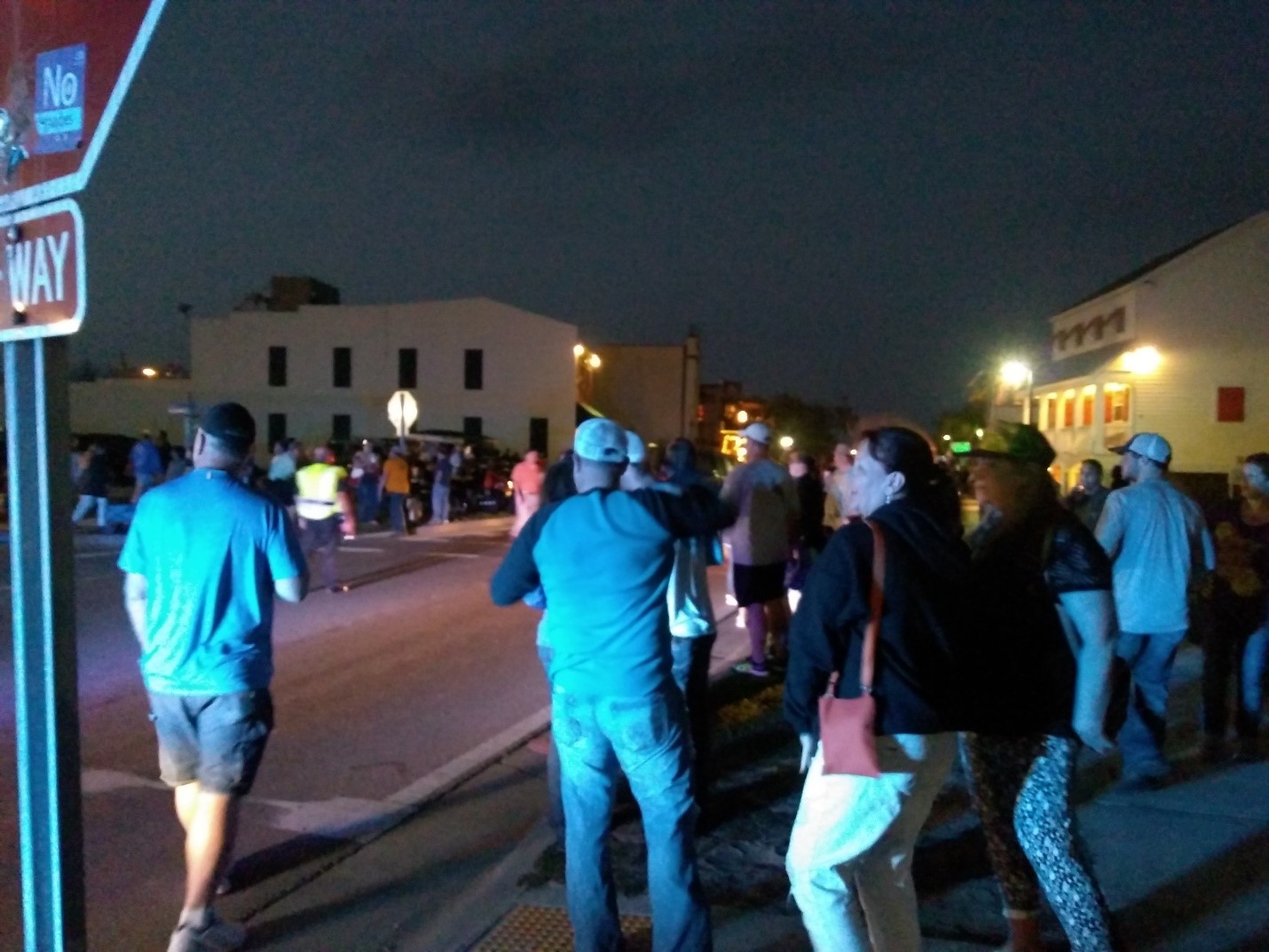 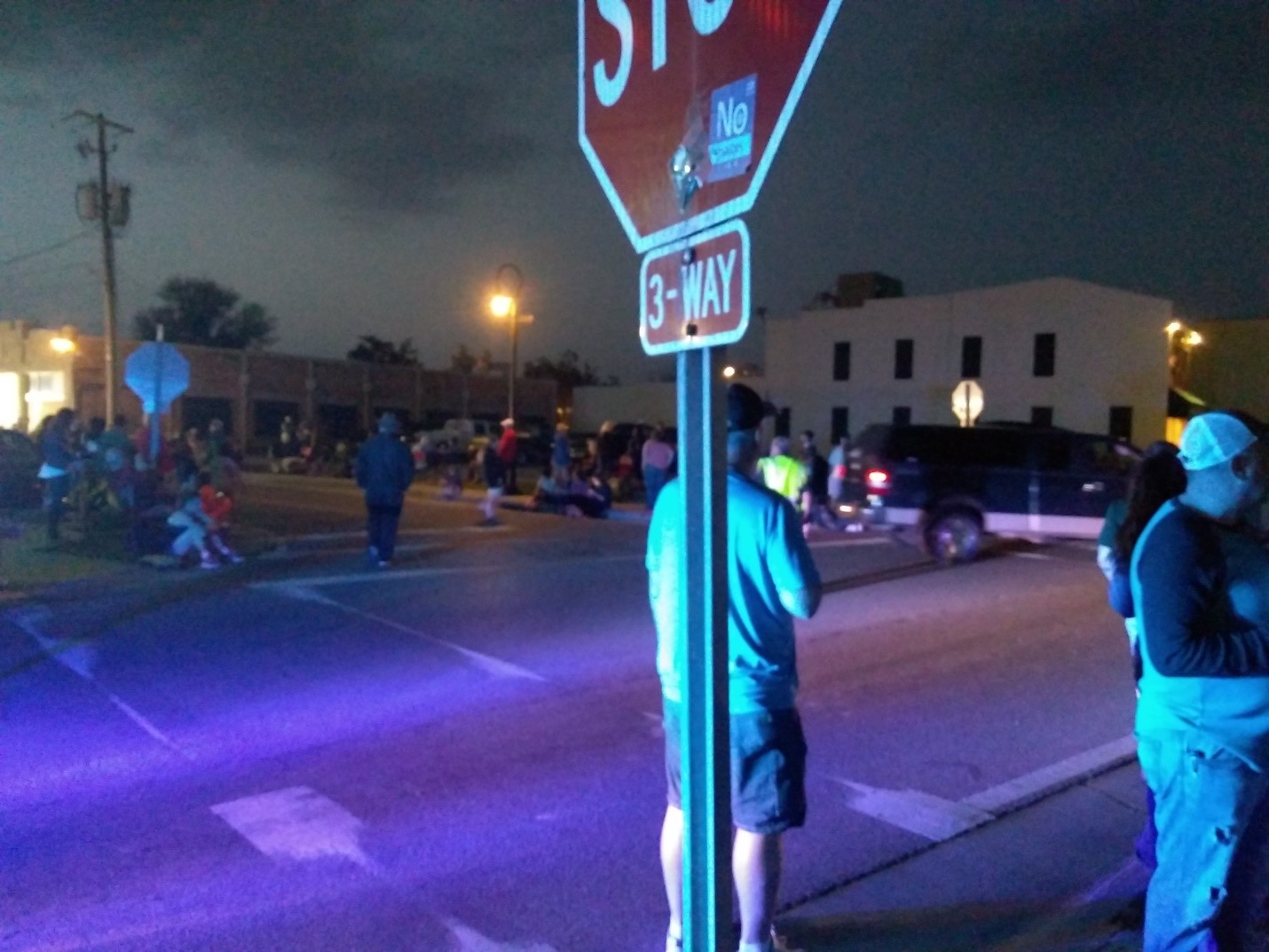 The pictures didn’t take to good because it was so dark out. However, we did witness to some people and they took the free material. Since this parade was right next to the water, there were thousands and thousands of biting gnats. Never seen such a thing before like that. Nevertheless, it was well worth it to those who received the Besorah! 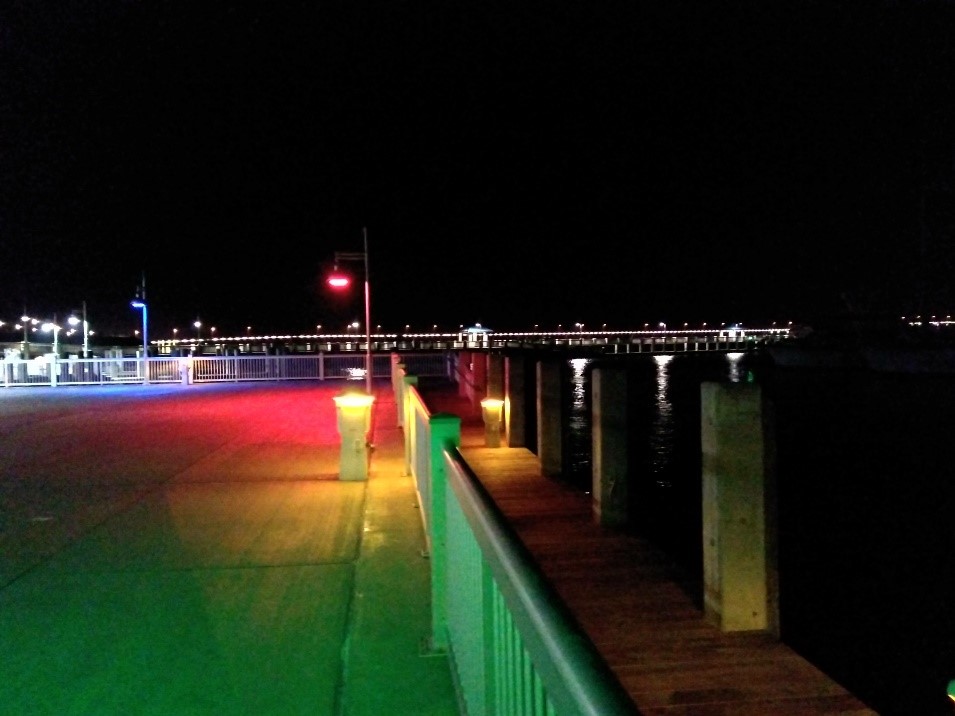 Shalom for now! See you all at our next tour stop. 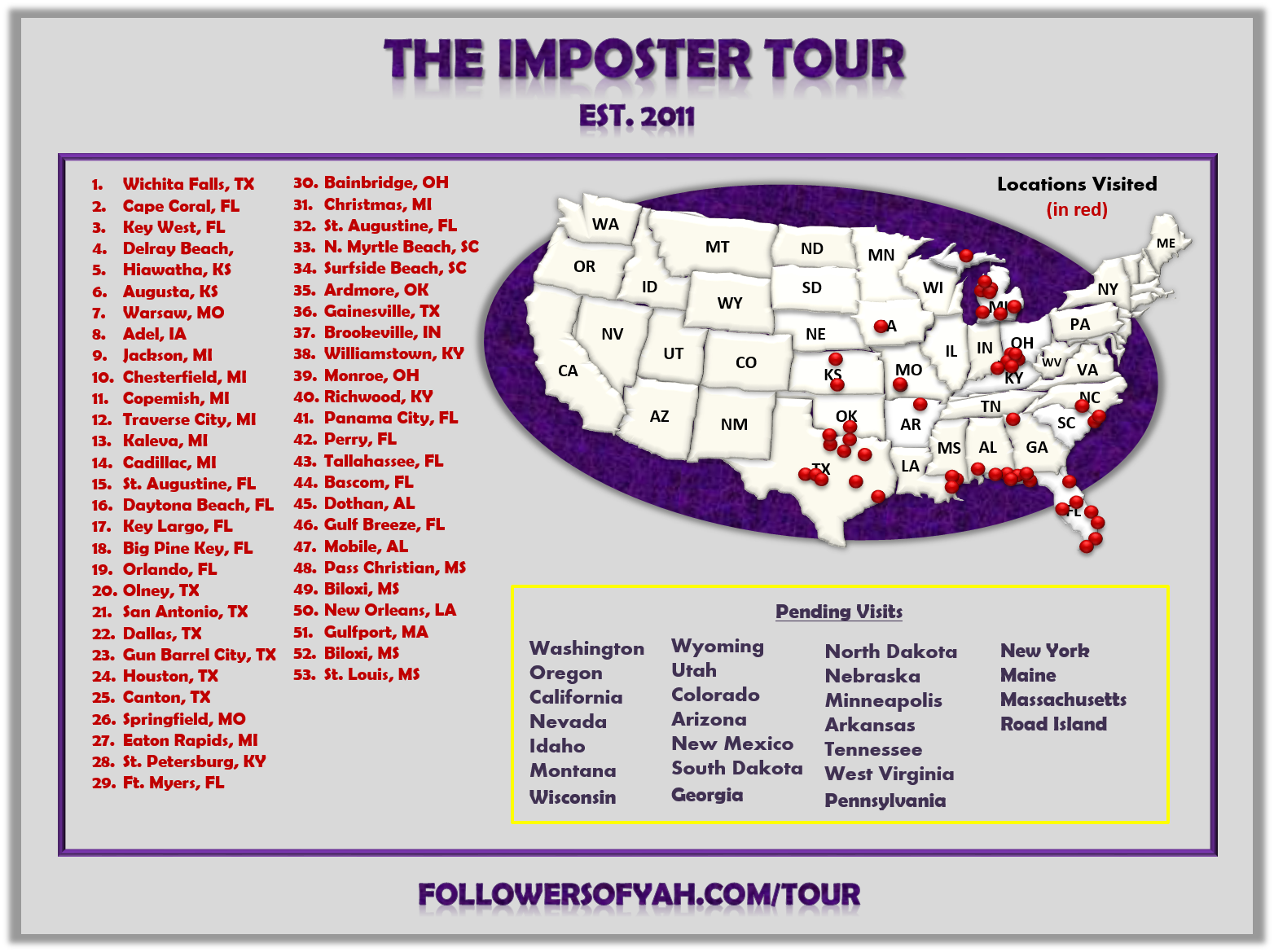