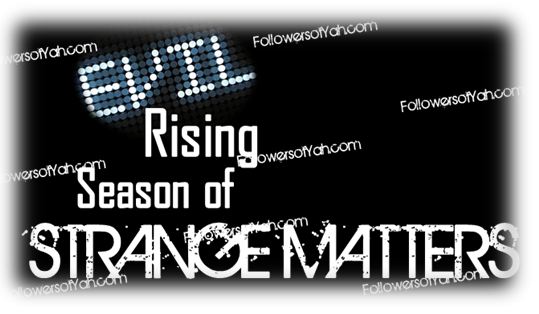 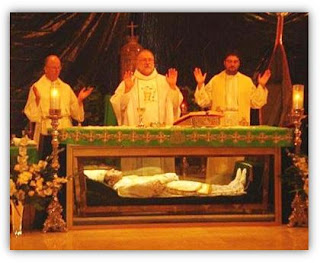 Not only does the Universal church like to put on sheep’s clothing but they also enjoy playing dress up. How appalling and disgusting to play around with 150 year old corpse! Recently the Catholic Church decided to declare St. John Neumann to be holy; which includes teeth, hair and skull. During this corpses’ canonization they managed to put a mask on the skull. As the ceremony was preformed people kneeled and bowed before the shrine of the 150 year old corpse: 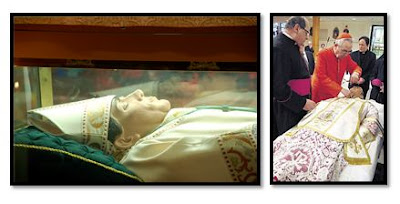 http://ivarfjeld.wordpress.com/2012/04/22/catholics-dress-a-corpse-for-the-feast/
Clearly flaunting evil is of the norm now. I am even taken by surprised at how fast matters are deteriorating. The shocking truth is, we are living in very bizarre times. Brainwashing the masses to embrace occultism has remarkably hit new highs. The majority of the population just can’t see evil for what it is. How devastating for the world to embrace occult rituals and call it entertainment. Never before on such a large scale are we seeing evil rising!  As we entered into the Babylon year of 2012, I’m left to wonder has the Age of Aquarius begun. One would suspect it has with the most recent demonic Super Bowl half time show featuring the pop singer Madonna.

Not only did she call the Super bowl the ‘holy of holies’ but she even referred to the performance as a sermon. The sermon she performed was pure channeling of an ancient evil spirit. This spirit was no doubt the goddess of Isis. Isis is an Egyptian deity known as the ‘mother goddess.’ She is believed to be the mother of Horus. Many pictures depict her holding a young child: 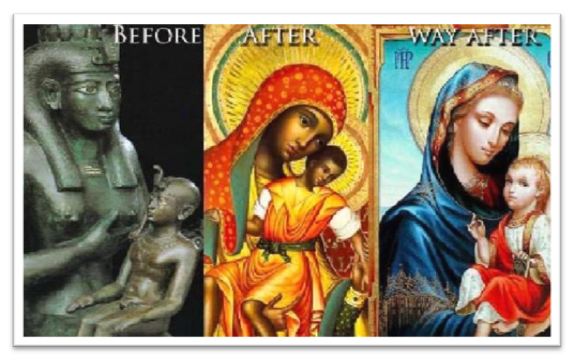 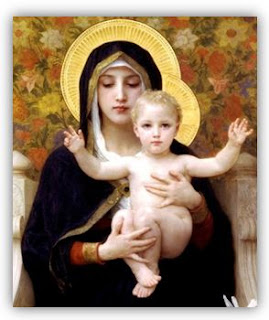 The famous mother and child often called Madonna and child is actually the goddess of Isis and Horus (believed to be the god of the dead, sky, war and vengeance)
http://youtu.be/5Y4Zm2otaQQ
http://www.youtube.com/watch?v=RQSwSX-kg1k&feature=related
After viewing her sermon one can clearly see that Madonna is no doubt demonically possessed by the spirit of Isis (believed to be of magic, fertility, motherhood)
Looking at the costume design alone one can get an eerie feeling of how satanic the entire show/ritual was. 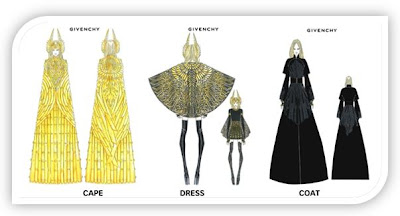 http://madonnalicious.typepad.com/madonnalicious/2012/02/givenchy-super-bowl-costume-design-sketches.html
http://vigilantcitizen.com/musicbusiness/madonnas-superbowl-halftime-show-a-celebration-of-the-grand-priestess-of-the-music-industry/
A short few years ago, people would have hit the streets demanding that filth be taking off the air. Yet many sat in awe as they witness first hand occultism.  Was the super bowl half time ritual preparing the world for the upcoming pagan 2012 Olympics? 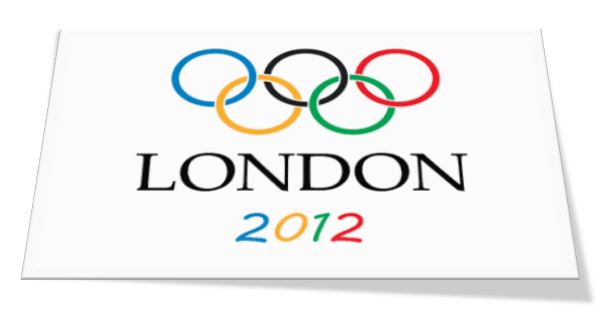 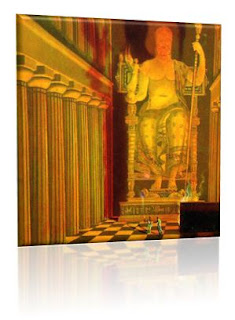 Truly the Olympics are indeed the largest sporting event in the entire world. This event is held every four years in various countries’. Thousands of people participate in the winter and summer sports, while many millions if not a billion people watch it. What I find interesting is that at one time the Olympics were not considered a sporting event but an actually religious ceremony. This ceremony was in honor of the pagan Greek god’s. In other words a celebration held for the fallen angels! As we all know the Greek’ considered Zeus the supreme or king of all deities. Not only was there much feasting during the Olympics but animal sacrificing, prayers and rituals were all part of the ceremony’s.
http://www.youtube.com/watch?v=CAFhNobJABU
Even though some matters have changed through the years, pagan rituals are still performed during the Olympics. For instance the scared flame 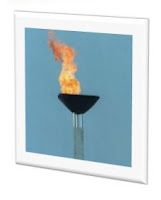 “Months before each Games, the Olympic flame is lit in Olympia in a ceremony that reflects ancient Greek rituals. A female performer, acting as a priestess, ignites a torch by placing it inside a parabolic mirror which focuses the sun’s rays; she then lights the torch of the first relay bearer, thus initiating the Olympic torch relay that will carry the flame to the host city’s Olympic stadium, where it plays an important role in the opening ceremony. 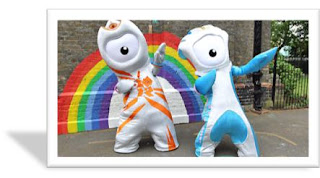 Now that we understand how the Olympics’ is indeed a religious ceremony, much talk is going on that the 2012 Olympics games something terrible is going to occur. Some claim the secret Illuminati plans on having a false flag event. Other’s claim nuke bombs may go off sometime during the celebration. While others truly believe there will be some sort of a fake alien take over. Even the mascot, is a one eye alien looking creature. 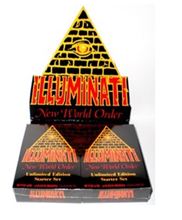 Many  are basing their predictions on a popular card game thought up by Steve Jackson. The first game released in the summer of 1982 but the card game of 1995 has gained much popularity. To those who do not know the Illuminati card game is not an ordinary deck of cards Hidden within the Illuminati card game is a secret blue print to bring about the New World Order.
A deck consist of 526 cards. Let us briefly look at some of the cards that have come to pass. 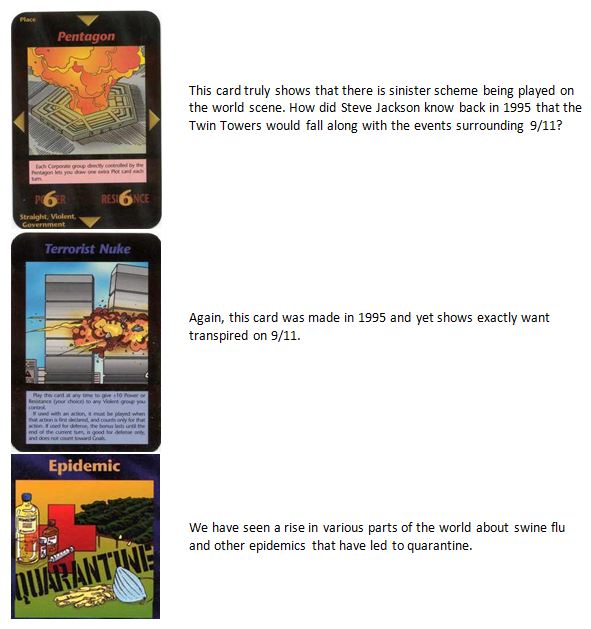 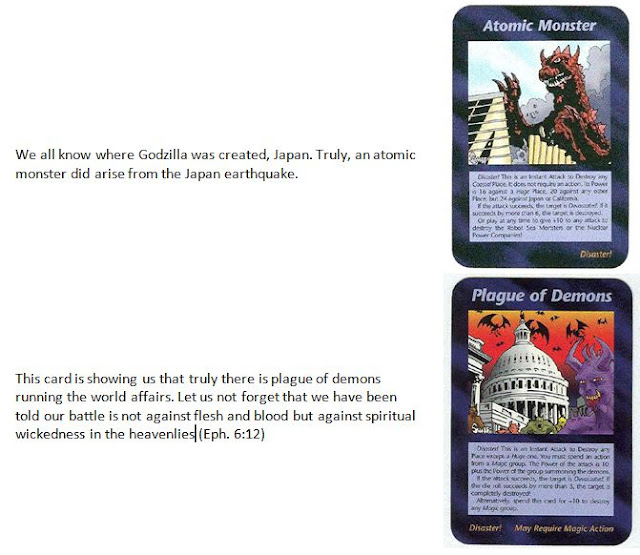 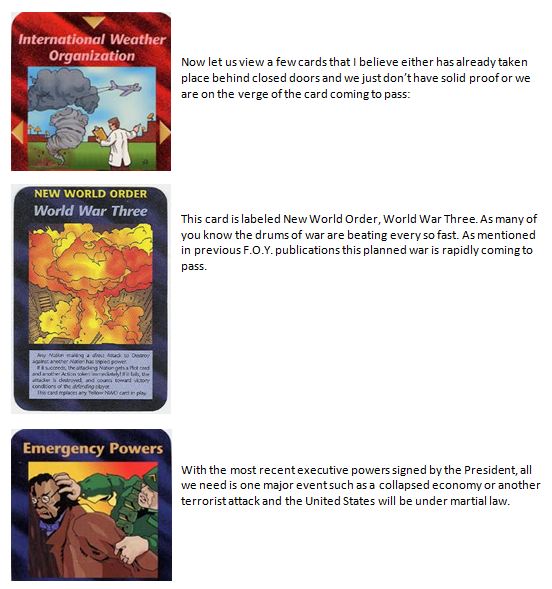 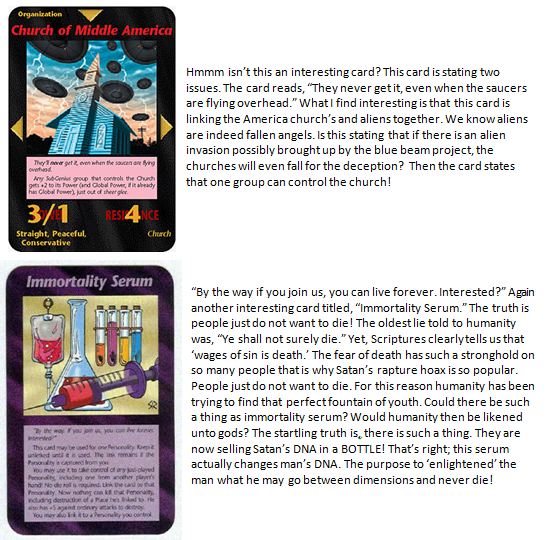 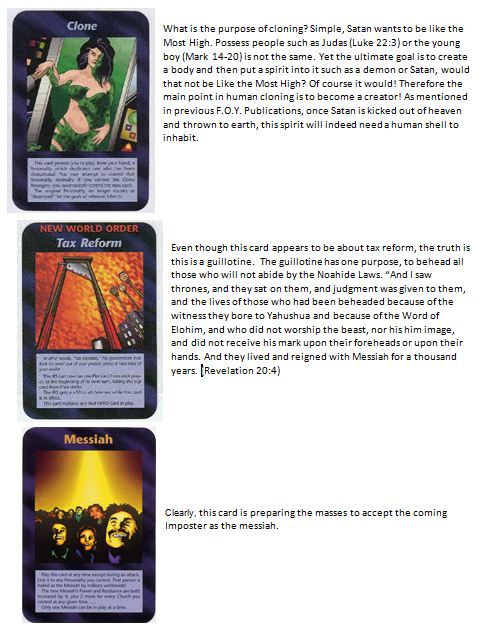 Sure anything can be read or twisted with some of these cards. However the fact remains there is a sinister scheme being played in these end days. Without having some insight there is no possible way Steve Jackson could make up these cards.
“Robert Shea has the following to say, in regards to the rulebook, Illuminati Expansion Set 1 (1983), in which he wrote, “Maybe the Illuminati are behind this game. They must be—they are, by definition, behind everything.” http://en.wikipedia.org/wiki/Illuminati_%28game%29
As a believer in the Scriptures, I base all future events solely on the written word. With that being noted, we must understand the Satan also has a plan. Its plan is to deceive the entire world into worshipping it. Through great deception, the elite of the world are helping to usher in this fake. They are manipulating these horrific world events for one purpose only, to usher in the coming utopia of the Imposter! Therefore, they also have a hidden agenda. When viewing the Illuminati card game I must admit, I was startled over the great detail of this evil agenda. Please try to understand that in their twisted ideology by them warning the people prior to the event they believe they will be not guilty of the innocent bloodshed. 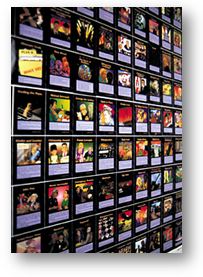 To view all cards:
http://s1033.photobucket.com/albums/a411/oilandwaterdontmix/?start=all
Some you tube videos on the card game:
http://www.youtube.com/watch?v=G0ToMcjkivk&feature=related
http://www.youtube.com/watch?v=LlHHNCidd-k&feature=related
Despite these cards Yahuwah has the final say so in all matters. Therefore, He will allow these matters to occur to bring about His plan for mankind. Let us therefore not be ignorant of Satan’s devises!
The following Illuminati card is to believe Big Ben being destroyed:

This card titled, “Combined Disaster” is the one many believe will be used during the 2012 London Olympics.  If this card is indeed played we could very well see World War III begin. The world economies could collapse. There might also be a rise in terrorist attacks along with increased wicked weather. We might also see a rise in terrorist attacks, increase earthquakes, storms, and volcanoes. Some believe the clock here represents Big Be. The five people are also dressed in the same colors as the Olympic rings.
http://www.youtube.com/watch?v=qrdSphVUGs4&feature=related
http://www.youtube.com/watch?v=MXxGZ_z6wd0
Some more information that you might find interesting:
http://www.bbc.co.uk/news/uk-16209519
http://www.youtube.com/watch?v=Pzurz7BfaDU
http://www.youtube.com/watch?v=8uwMBGx29Oc
http://www.dailyrecord.co.uk/news/scottish-news/2012/04/16/massive-scottish-military-exercise-carried-out-to-prepare-troops-for-sudden-deployment-around-the-globe-86908-23826945/
http://www.dailypaul.com/223528/nwo-false-flag-event-at-2012-london-olympics
http://revelationnow.net/2012/03/25/london-2012-olympicsfalse-flag-attacks/
http://www.telegraph.co.uk/sport/olympics/8958598/London-2012-Olympics-13500-military-personnel-to-provide-security-for-Games.html 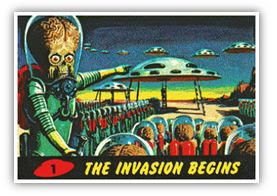 Based on all this information could there be some sinister plan during the 2012 Olympic Games? Will humanity witness a fake alien invasion brought on by blue beam technology? Or could we actually witness Big Ben being blown up? Or will evil men purposely kill thousands of people by allowing a dirty bomb or a nuke to go off? Of course, time will tell one matter is for sure as we have entered into a season of strangeness, now more than ever we must cling to Yahuwah and Yahushua.  Let us not be fearful. If some terrible crisis is planned at least this way we will be able to understand that this has been planned. Let us not be tricked by them.

3 thoughts on “Season of Strangeness!”