I have heard people so often in the past talking about trials and tribulations that their going through. Like their boss giving them a hard time at work. Their children acting up at home or their favorite appliance doesn’t seem to be working the way it ought to be. They assume and believe these matters are tests along with a number of other things.  In a sense, these could be tests and trials; yet somewhat trivial in the grand scheme of things. Ponder, these matters are far from being the ‘trials and tribulations’ referred to by the apostles.
We’ve all heard stories of how the early believers in Messiah suffered horrific deaths. Rather than forsaking their love for Yahuwah, and their faith in Messiah Yahushua (1 Jn 5:2-3; Rev.14:12) they freely laid down their lives!

According to Eusibius, in his book ‘Ecclesiastical History,’ written around the year 325 C.E., Kepha and Shaul were taken prisoners to Rome during Emperor Nero’s persecutions.  We know Shaul was beheaded and Kepha, because he felt unworthy to die in the same fashion as the Savior, requested that he be hung upside down on a stake. Kepha didn’t consider his few short moments of suffering anything, compared to the eternity that he was awaiting him. Their deaths have been considered ‘merciful’ as compared to some of the inhuman afflictions that Nero perpetrated on the believers at that time. Let us consider what the 1st Century historian, Tacitus, describes in great detail how some tortures suffered:
“Instead of executing the *Christians immediately at the usual place, Nero executed them publicly in his gardens nearby and in the circus. Mockery of every sort accompanied their deaths. Covered with the skins of beasts, they were torn by dogs and perished, or were nailed to crosses, or were doomed to the flames and burnt, to serve as a nightly illumination, when daylight had expired.”
Both Kepha and Shaul talked about these persecutions that indeed could have been by the hands of Nero:
“Beloved, think It not strange concerning the fiery trial which is to try you, as though some strange thing happened unto you: But rejoice, inasmuch as you are partakers of Messiah’s sufferings, rejoice, in order that you might rejoice exultingly at the revelation of his esteem.”(I Kepha 4:12-13).

Do you suppose that to be “partakers of the Messiah’s sufferings” this was referring to being shunned by others for their faith? Or possibly being called names, such as “Pharisees” or legalist”? Truly, such ‘suffering’ is extremely insignificant when compared to that of Yahushua “Messiah’s sufferings.”
We know how Yahushua suffered and died. During the time of Kepha’s writings [around, 67 A.D.], the great persecutions orchestrated by Nero were taking place. I don’t believe any of us, in our life time; have experienced anything close to what Kepha had in mind when he told the saints of his day, “you are partakers of Messiah’s sufferings.”
Kepha goes on to tell the faithful believers, “For what credit is there in enduring a beating when you sin? But if you suffer for doing good and you endure, this finds favour with Yahuwah.” (I Kepha 2:20). He was trying to explain to them that even though they’re living their lives as ‘lights’ in a dark and perverse world, and despite their only ‘offense is that they believe in the resurrected Savior that they should continue in strive to walk even as He walked (Luke 13:22-24; 1 3n 2:6). Their hope should not be fixed on this world but on the age to come. He even tells them that they were called to suffer according to the example given them, and us, by the Messiah, Yahushua: “For even hereunto were you called: because Messiah also suffered for us, leaving us an example, that you should follow his steps.” (I Kepha 2:21).

I believe Kepha’s exhorting these believers, who after seeing their friends and loved ones being used as human torches to light up Nero’s garden, tied to the backs of wild beast in the coliseum, and fed to the lions in Rome, that they should-also follow-in-the example of—Messiah Yahushua. They needed to accept this brief moment of suffering, so that they too might be counted worthy of the Kingdom (2 Thess.1:5).

There’s an ancient story which cannot be verified and is discredited by some, but I think the point made in it is worth considering. The story goes that Kepha, after being taken prisoner to Rome, was later released by a jailor who converted and was subsequently immersed by Kepha. As Kepha was leaving Rome at night, he met Yahushua on the road. He asked the Savior where he was going. Yahushua replied, “To Rome to suffer with the saints.” At which point Kepha turned and went back.
Yahushua never promised that our journey through this evil and perverse world would be a pleasant one. Rather just the opposite. He told us ahead of time that those who were living a set-apart life would have tribulation. Despite these tribulation, He also promised us a ‘peace’ that the world, and those that say they know him and don’t, would not, nor could, understand (John 16:33).
Within Shaul’s epistles, he too spoke of the ‘tribulations’ that we as believers will suffer. He actually explains that it is through much tribulation that we should continue in the faith that we may enter into the coming Kingdom of Yahuwah (Acts 14:22). He further tells us: “And if children, then heirs of Yahuwah, and joint-heirs with Messiah; if so be that we suffer with him, that we may be also exalted together.” (Romans 8:17).  In Shaul’s letter to the Thessalonians, he encourages and explains to them that their suffering is a “. . . token of the righteous judgment of Yahuwah, that you may be counted worthy of the Kingdom…” (1 Thessalonians 1:4-8)
Beloved ones try to comprehend that in this life Yahuwah will test us (Ex.20:20). If we don’t make it in this world, we will not be given an opportunity in the next (Matt.7:21-23). Has He not told us in HIS word, …“I, Yahuwah, search the heart, I try the reins, even to give every man according to his ways, and according to the fruit of his doings.” (Jer.17:10). 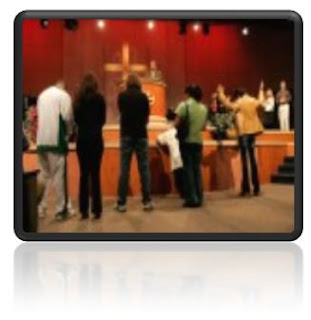 One thought on “Suffering As a Believer”